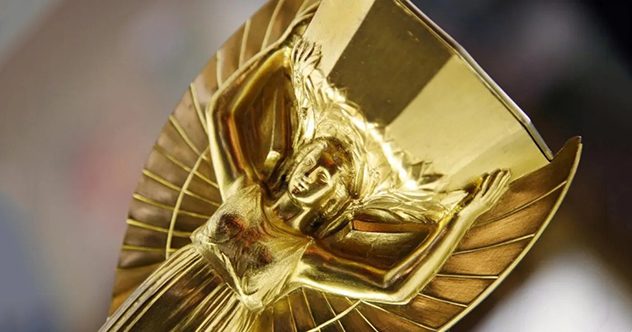 Over the course of history civilisation has made many startling discoveries and uncovered lost treasures of previous generations, often heralded as amazing achievements. Every once in a while, mankind manages to flip the situation around and lose forever something that was either precious or rare. Our list today looks at ten items that were somehow lost in history and never seen again.

10 Of The Most Sought-after Lost Films 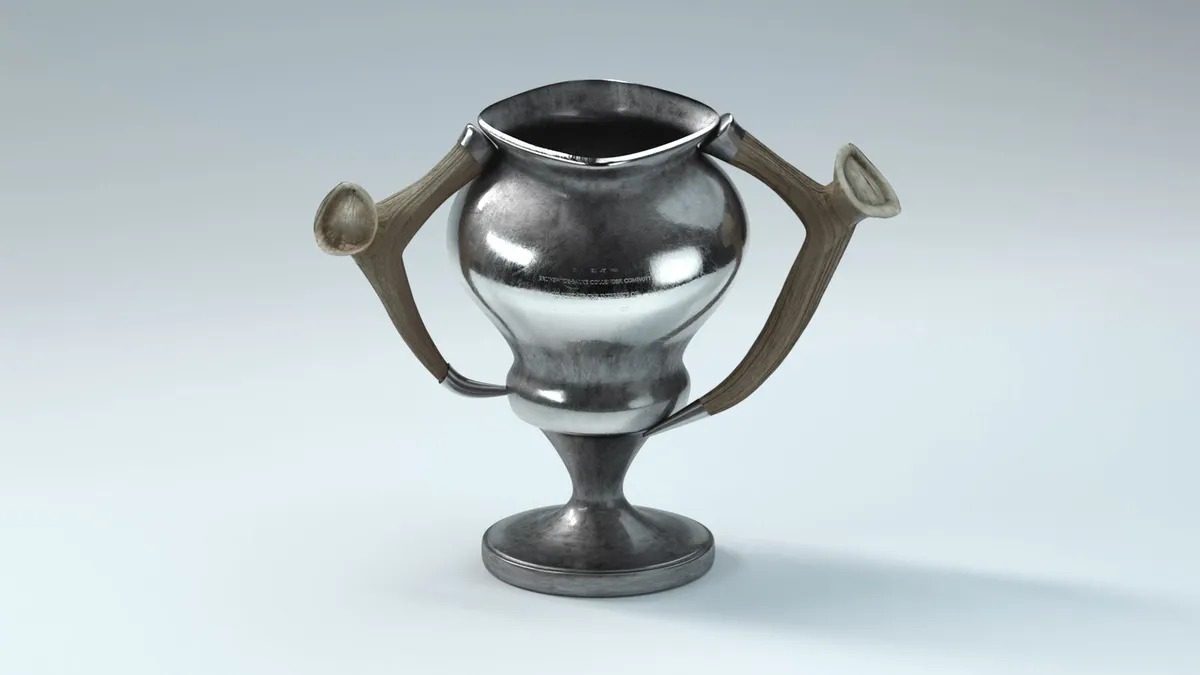 The Brunswick-Balke Collender Cup was the 1920 version of the Super Bowl Trophy, given to the winners of the inaugural National Football League season in 1920. Known then as the American Professional Football Association, the inaugural season ended in controversy when the Akron Pros were awarded the trophy, despite other teams including the Decatur Staleys (now the Chicago Bears) who had tied with the Pros. At the time, the Brunswick-Balke Collender company had donated ‘a silver loving trophy’ to the APFA to award the winners of the season and it appears the trophy was handed to the Akron Pros in 1920. However, in 1921 upon the Decatur Staley’s winning they did not receive the trophy. There is no mention of the trophy in the early League Meeting minutes and it is well known that the NFL has no photographs of the cup. Its current whereabouts remains a mystery but it was likely mis-placed and then later scrapped when the significance of the trophy was lessened.

9 Portrait of a Young Man 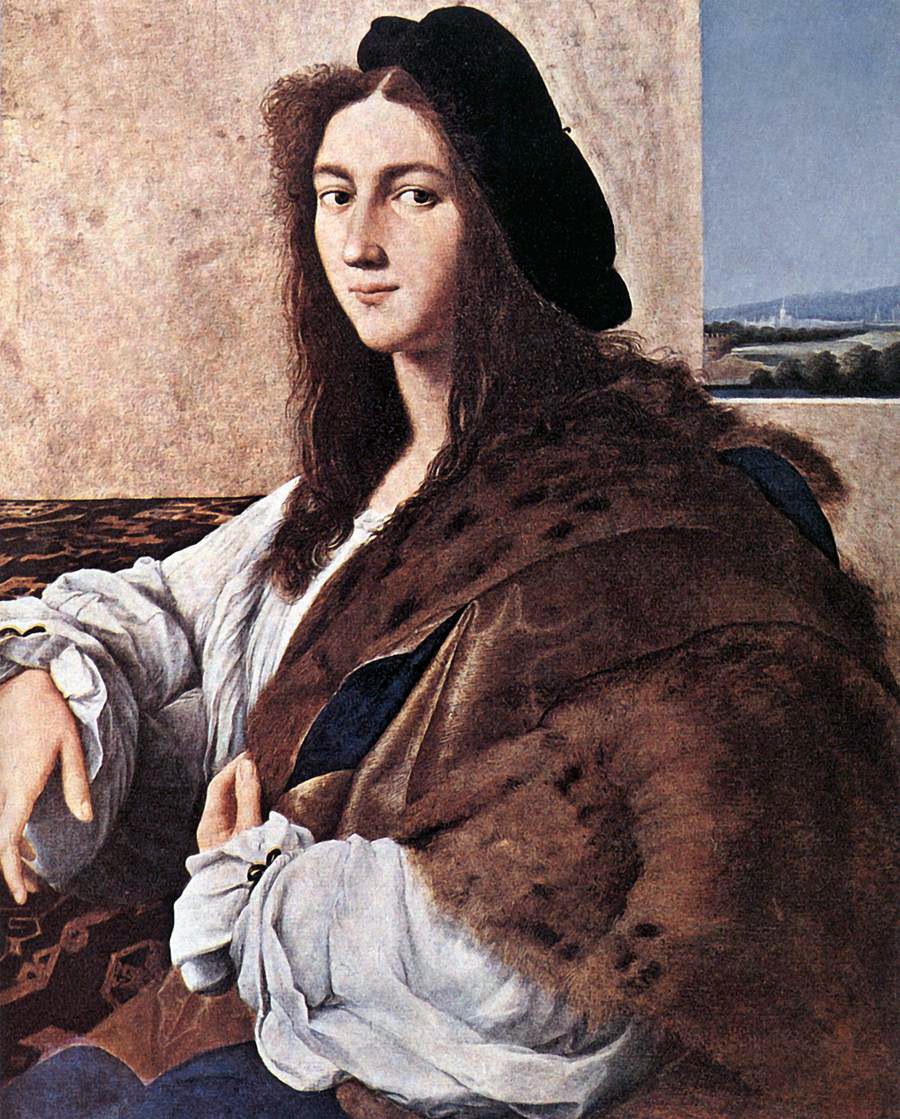 Portrait of a Young Man was painted by Raphael in the years 1513 to 1514 and depicts a young man who is described as ‘confidently-poised’ looking towards the painter. Prior to World War II, the piece was stored in a collection of Prince Czartoryski of Poland, alongside Leonardo’s Lady With an Ermine and Rembrandt’s Landscape with the Good Samaritan. When the National Socialist’s invaded Poland, the collection was hidden but eventually found by the Gestapo. From there, they were sent to Berlin to become part of Hitler’s private collection. On the journey, the piece was somehow lost and has not been seen since. It is widely regarded that the Nazi’s destroyed it and in the 2014 film The Monuments Men this is depicted when the painting is shown being burnt by a flamethrower. The piece is also widely regarded to be the most famous and valuable painting that was lost by the Nazi Regime and would be worth over one hundred million dollars today if it was somehow found. 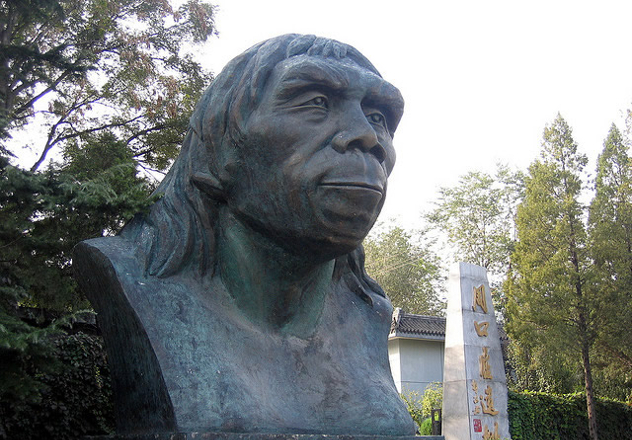 The Peking Man fossils, first found in the 1930s, were said to be the largest collection of Homo Erectus fossils ever found and they were declared national treasures in China. Their significance in palaeontology is unfounded, as they are said to be somewhere between 250,000 – 750,000 years old. In 1941, the fossils were loaded into crates destined for the US, initially being placed on a US Marine vehicle and driven to a nearby railway station for transportation to the port. The fossils were never seen again after leaving the original destination of Union Medical College in Peking. The outbreak of war caused chaos in China and the whereabouts of the fossils is not known. In 2010, a large search was underway to uncover the fossils in an area of China near the Manchurian border, as an 80-year old war veteran had claimed to dig up the fossils when making a fox-hole during the war. Upon investigations, the man’s claims were found to be potentially very accurate, but the industrialisation of the area made digging the fossils up impractical. There remains a very real possibility that the fossils are buried below asphalt. The re-discovery of the original fossils has been described as having ‘immense value to science’.

The Magnificent Eleven photographs were photos taken by war photographer Robert Capa on the morning of D-Day at Omaha Beach. The photos show some of the most intense and close pictures of the conditions on the beaches that morning as Capa came ashore with the 16th Infantry Regiment approximately one hour behind the first wave of men. Capa would later recall men ‘wading in the water, waist-deep, with rifles ready to shoot, with the invasion obstacles and the smoking beach in the background’. He he took over 100 photos but only 11 somehow made it to publication. This is often attributed to a young staff member making a mistake in the darkroom when he melted the emulsion in the negatives, but recently this has been disputed. Some researchers have implied that Capa would not have been under heavy fire and that he may have falsely said he took over one hundred photos. Nevertheless, the claimed pictures were lost from history forever and only eleven remain in what was one of the most crucial days in modern history.

The History of Cardenio was recorded in 1613, when royal records showed a Shakespearean actor being paid for starring in the play, at the same time that Shakespeare was writing some of his most famous plays. For this reason, Shakespeare is credited as writer of the play alongside his collaborator John Fletcher. The play was said to be heavily influenced by Don Quixote which is said by Shakespearean writer James Shapiro to be down to an influx of Spanish Art after England and Spain made peace with each other. It is said to be a tale of romance, betrayal, seduction; all typically Shakespearean. In the 18th Century, another playwright named Lewis Theobald published his own play named Double Falsehood which was said to based on Shakespeare’s original manuscripts. This has meant deciphering what are Shakespeare’s words and intentions and what are Theobald’s has been difficult for experts. For this reason, the original Shakespeare play is said to be lost. According to Shapiro, we are now ‘dealing with an adaptation of an adaptation’. 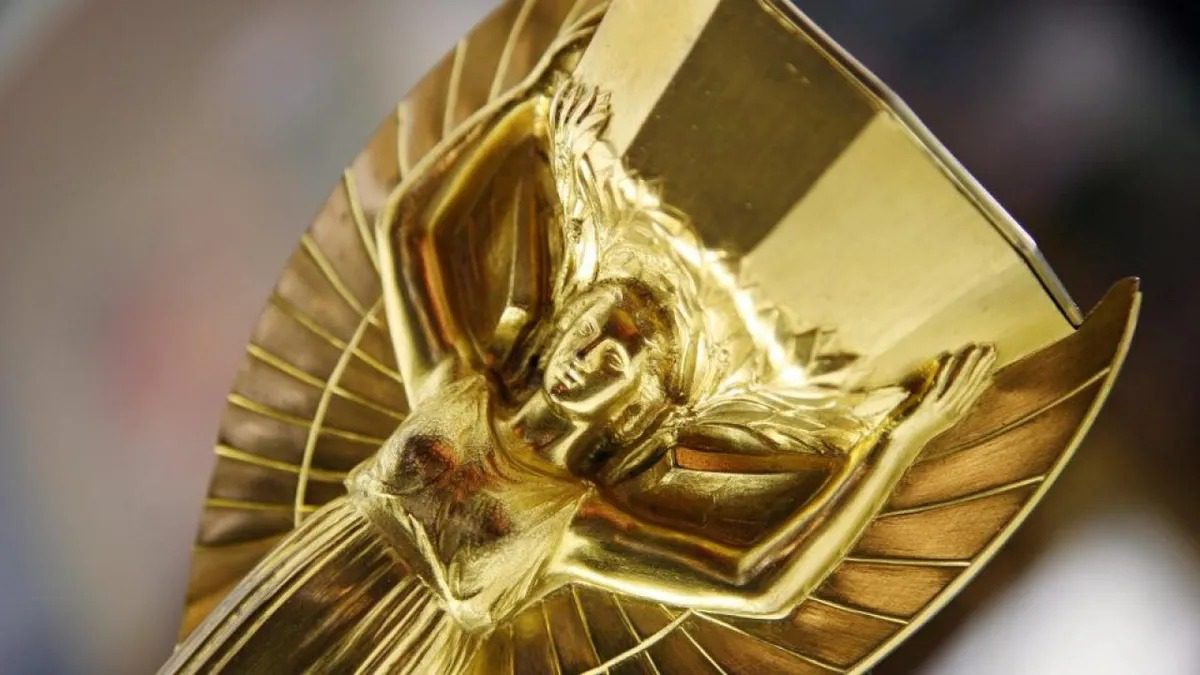 Upon reflection, the Jules Rimet Trophy was always going to get lost somewhere along the way. The trophy was awarded every four years to the winner of the World Cup of football and had managed to successfully make it past the Nazi’s without being stolen. In 1966 it was stolen in England but later recovered by a dog named Pickles, who found the trophy wrapped in an old newspaper under the front hedge of his owners house. After Brazil won the trophy in 1970, they were allowed to keep it on account of it being the third time they won. In 1983, the Brazilian Football Confederation was broken into by two or three men, who managed to take down security guards and remove the trophy from the wooden framed glass display box. Officials for the Federation appealed country-wide for the trophy to be returned, but it has not been since, with many speculating it was melted down and sold as a batch of gold. One of the suspects of the theft, Antonio Carlos Aranha, was later shot dead and another was killed in a car accident, making it even more difficult for authorities to track down the trophy.

The Honjo Masumune, was one of the swords created by legendary Japanese swordsmith Masamune, who was alive in the Kanagawa Period of Japanese history. His swords helped Samurai warriors by blending ‘soft and hard steels together in layers to keep the swords from breaking’ – this process created a wavy pattern on the steel which his swords bear. The swords of Masamune were said to be harder than any other swordtype and Masamune was promoted to chief Swordsmith by Emperor Fushimi in 1287. The Honjo Masamune, named after its first owner Honjo Shigenaga, was used during the battle at Kawanakajima in 1561 and would be passed on for generations in Japan’s Tokugawa family who ruled Japan famously for 250 years. When World War II concluded in 1945 with the unconditional surrender of Japan, the Tokugawa family had to hand over all weapons including the Honjo Masamune, much to the dismay of prominent Japanese Nobles. The Honjo was sent via ship to the United States, but it was somehow lost in travel. It has never been seen since, with some theorising the sword was melted down. One can hope the sword was not melted down and will resurface somewhere in America in the coming years. 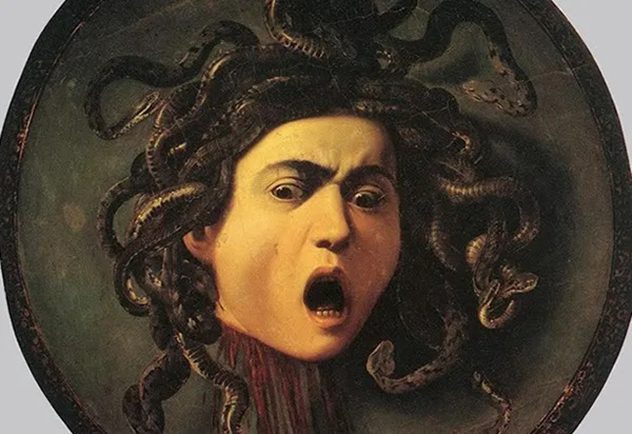 The Medusa Shield, painted by Leonardo Da Vinci, is one of the stranger disappearances of art from the realms of history. The painting was created in Da Vinci’s youth and was supposedly in the form of a shield, displaying the snake-haired monster of Ancient Greece Medusa. The painting was first described by famed painter and architect Giorgio Vasari, who documented the paintings and lives of many famous painters in the 16th Century series The Lives of the Most Excellent Painters, Sculptors and Architects. Vasari describes the piece as a ‘monstrous and horrible thing’ which startled Da Vinci’s father when he opened the door to see it. According to Vasari, this was the intended effect of the painting, as Da Vinci said ‘this work serves the end for which it was made’ and ‘this is the effect that it was meant to produce’. The shield has not been seen since this apparent occurrence at the Da Vinci household and it’s doubted whether the painting was real or not.

On the morning of July 6th 1907 it was discovered by a cleaning lady that the Crown Jewels of Ireland had been stolen. The lady found the outer door to the safe open, with the keys left dangling in the lock of the inner door. The theft of the Jewels was an absolute disaster for Irish officials as it occurred only days before King Edward VII was due to visit for the Irish International Exhibition. Reportedly, the King was furious about the lax security around the Jewels. The Jewels, estimated to be worth around 20 million dollars in today’s market, were created by the Order of St Patrick and were kept by the Grand Master of the Order Joseph Gordon Campbell. They were housed in Dublin Castle under 24 hour guard, but stories exist about the man who held the keys, Sir Athur Vicars, handing over the keys when he was drunk. Later reports linked the theft to a ‘ring of debauchery at work in Dublin Castle’ which included drinking, orgies and wild parties, which King Edward himself attempted to quash before reaching the public domain. Based on this, it is hardly a surprise that a theft attempt occurred and the Jewels have never been since.

First discovered in India, the Florentine Diamond was a 137-carat diamond of sparkling yellow crystal, which quickly became of one the most coveted jewels of all of Europe. The diamond was on the body of Charles the Bold, Duke of Burgundy when he was killed in battle in 1477 and was left to lay on the battlefield. It was reportedly picked up by a passer-by, but this is disputed. Other stories say the diamond was stolen from Goa in India and sold on to the Medici family of Florence. The diamond remained in the possession of the Medici family until later being moved to Vienna to be put on display in Hofburg Palace. During World War I, the diamond was smuggled out of the defeated Austrian homeland and it was lost in transit. Many people believe the diamond was cut down into smaller pieces and sold on the black market, but it remains missing despite calls from the Italian Government that the Florentine Diamond is legally owned by the country and needs to be returned.