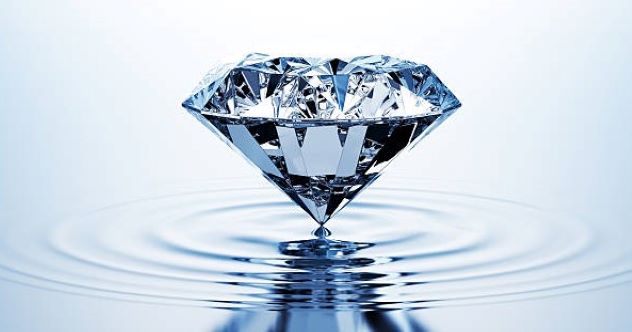 Death is one of life’s great constants, but not all corpses end up in a tomb or urn on the mantelpiece. Whether turned into a landmark, mummy, art exhibit, or a magical talisman, some cadavers meet a more unusual fate.

There was a roaring trade of mummies in the 16th century, each stolen from a tomb and sold to wealthy visitors. There were even professional “mummy dealers” to be found in the streets of Egypt. Collectors would seek to obtain a whole mummy for an “unwrapping party,” but smaller parts could enter a personal collection.

Ground-up mummies were already being used as medicine, so it probably didn’t seem that strange when painters began using the pigment in art. Mummy Brown was the rich pigment extracted from ground mummies, and apparently, it was good for shading, flesh tones, and shadows. However, the pigment started to go out of fashion as many individuals found the idea of using people as paint distasteful. There is even an anecdote about one painter (Burne-Jones) having a burial ceremony for a tube of Mummy Brown after learning about the contents.

It is thought that the famed painting by Eugene Delacroix Liberty Leading the People that now hangs in the Louvre in Paris may have been painted using Mummy Brown.[1]

Anthropodermic bibliopegy is the process of binding a book using human skin rather than normal leather. An example is Dr. John Stockton Hough of Philadelphia, who retained skin from the corpse of Mary Lynch, a 28-year-old woman who died from tuberculosis while on his ward. He tanned the skin and used it to bind three books dealing with female and reproductive health.

The Bristol Record Office in Britain owns a book covering the crime and execution of John Horwood. Horwood had become obsessed with a local girl named Eliza Balsum/Balsam and, frustrated by her romantic rebuffs, hurled a stone that shattered her skull. This led him to be the first person hanged at Bristol Jail. He was publicly dissected after the execution, and the book was bound using his flayed skin. A similar fate befell William Burke (of the infamous Burke and Hare) with a pocketbook bound with his skin residing in the museum of the Royal College of Surgeons of Edinburgh.[2]

Humans are around 20% carbon, meaning that our cremated ashes can be used to create an industrial diamond. To begin the process, carbon is chemically separated and filtered from the ashes of a cremated individual. The resulting mixture is purified to remove nitrogen since this can color the resulting diamond yellow or brown. The carbon is then placed in an extremely high pressure and temperature cell (around 60,000 bar pressure and 1800 degrees centigrade) that simulates the natural conditions for the formation of diamonds. If all goes well, a clear diamond (usually blue in color due to the boron found in human ashes) is the result.

For the cadaver on a budget, another option is having your ashes mixed with glass. This can be blown into a decorative bauble that can be kept by friends or family.[3]

Somewhere between art and an anatomy exhibition, Body Worlds by Dr. Gunther von Hagens consists of (mostly) human cadavers, plasticized, partially dissected, and posed in motion. Skinless athletes might vie for space alongside a segmented horse and rider mid-jump, or a carefully extracted mesh of blood vessels might form the outline of the rabbit that once bore them.

To plasticize the bodies, preservatives are pumped through the blood system, sterilizing the corpse and arresting decay. Next, skin, fat, and connective tissue are removed, and the body is immersed in a bath of freezing acetone. The acetone replaces any water and fat remaining in the cells. Following this, the body is submerged in a bath of liquid polymer and placed in a vacuum. The low pressure causes the acetone to boil and vaporize out of the cells, only to be replaced by the liquid polymer. Finally, the cadaver is positioned and “hardened” using gas, light, or heat to set the polymer.

Though Body Worlds claims that the donor of each cadaver volunteered, there is some controversy around the display of human corpses in this fashion. Even more concerning is the reluctance of Dr. Hagens to provide a clear paper trail between each displayed body and donor.[4]

At least 17 Japanese monks have successfully mummified themselves while emulating the ninth-century Buddhist monk Kūkai. He was said to have entered a state of meditation so deep that life had seemingly fled. According to legend, Kūkai would return at a later date to help others reach nirvana.

Monks emulating Kūkai take three years or more to perform the rite, limiting their diet to what can be foraged on Mount Yudono between meditations—nuts, berries, bark, and roots. This diet effectively starves the monk, reducing the amount of fat and muscle left in the body. The monk eventually cuts out even this meager sustenance, drinking only small amounts of water while meditating. They may also ingest a toxic tea brewed from the urushi tree. The tea causes vomiting and further dehydrates the body. Finally, the monk enters a tiny tomb and waits for death in the darkness. They ring a bell each morning to announce their continued survival—the tomb will be sealed when the bell fails to sound.

Years later, the tomb is opened, and the monk is examined for signs of rot. Few monks actually remain intact, but those that do are considered to have entered a state of profound meditation that defies death, often taking a place of pride and honor in a shrine.

From a scientific perspective, the bodies of the monks are dehydrated and deprived of both nutrients and fat. This makes them poor food for the insect grubs and bacteria that usually break down the human body. Toxins remaining in the body from the urushi tea can also help sterilize the corpse. In addition, scientists have found that a sacred spring used by the monks on Mount Yudono contains high levels of arsenic, which would also help ward off decomposers. Notably, arsenic was used for embalming corpses.

The village of Gue in the Tibetan Himalayas hosts another example. Sangha Tenzin is the 500-year-old self-mummified corpse of a Tibetan monk who seems to have emulated Kūkai. Researchers found high nitrogen levels in his body (indicating a long period of fasting) and the remains of a meditation belt holding his body in position.[5]

The Hand of Glory is a macabre talisman that turns up in European folklore, especially in England. To make one, the hand must be cut from a hanged murderer while still on the gallows and then pickled. Next, a candle made from human fat is placed in the hand (or in some versions, the fingers of the hand themselves are lit) to provide the bearer with a suite of powers. Depending on the story, it could open any lock, warn the bearer about potential witnesses, or even send the occupants of a house into a coma-like sleep while it burned. It was said that only blood, blue (skimmed) milk, or the passage of time could extinguish the candle.

It is possible that the lore about the Hand of Glory arose from a translation error by the semi-literate criminals of the Middle Ages. Some of the powers associated with it are also attributed to mandragore (French for mandrake) roots, and the French for Hand of Glory is main de gloire.[6]

A surprisingly large number of bodies are being exposed on the slopes of Mount Everest as the ice melts. It is thought that over 300 people have died attempting the climb, and many of the bodies were never recovered. But as glaciers shrink and ice thins, those once buried are beginning to re-emerge.

Some of these unfortunates have become landmarks for climbers, such as “Green Boots,” so named for his feet extending from a small cave near the summit. Climbers on the northern route encountered this sight without fail for many years. There is also the deceptively named “Rainbow Valley” at about 8,000 meters (5 miles), marking the “Death Zone” where the human body cannot handle the scarcity of oxygen without help. This area is filled with the bright colors of climbing gear adorning the bodies frozen into the ice.[7]

Though it is extremely unlikely that any blood would remain uncongealed in a day or even week-old corpse, it is possible that the fluid results of decay could drip from the body or out of a wound. In a packed courtroom, perhaps the jostling endured by the body as it was brought in (or even the slow build-up of gas from decaying flesh) could force liquid from the mouth or wounds. Cruentation was still in use in 19th-century America, with 200 people forced to touch a pair of victims in Illinois in 1869.[8]

The Anga people of the Aseki region in Papa New Guinea historically preserved the bodies of their fallen in a manner that can be quite startling for an outside observer. They mummified them in clay and set them up in racks with a view. The corpses were smoked in a special hut for months and then coated in red clay to protect them from the elements and help them maintain their posture. The bodies are still arrayed in shrines mounted on the local cliff sides.

Many locals believe the mummies can offer advice to their descendants, and some of the Anga believe that an individual not offered suitable amounts of respect after death may set out to cause mischief. As such, the mummies may be brought into the village during celebrations to make sure their spirit feels included and doesn’t start sabotaging crops or scaring off game.[9]

1 Planted on a Corpse Farm

Body farms are dedicated to studying the decay of human bodies and act as a reference book for forensic science. Corpses might be placed on the ground, in a pool of water, in a shallow grave, or in a shed, and each “death” scenario can offer vital clues when comparing the remains from real crime scenes. As a cadaver decays, bacteria and liquescent flesh seep into the soil around it, encouraging the growth of other bacteria, plants, and fungi. This, along with other biological markers, can improve estimates of time of death—essential for modern crime-fighting.

The decomposition process can also produce some strange-looking “wounds” on human and animal corpses, seeming to include either surgical cuts, the exsanguination of the body, or the removal of soft tissues. A series of “cattle mutilations” was convincing enough that the FBI launched an investigation into affected cattle found on American farms, suspecting that they had been victims of cults or human malice (okay, UFOs, too, for those believers out there).

Being able to witness decomposition in action can let forensics experts identify the marks of natural death as opposed to those of murder, helping solve “unsolvable” crimes.[10]