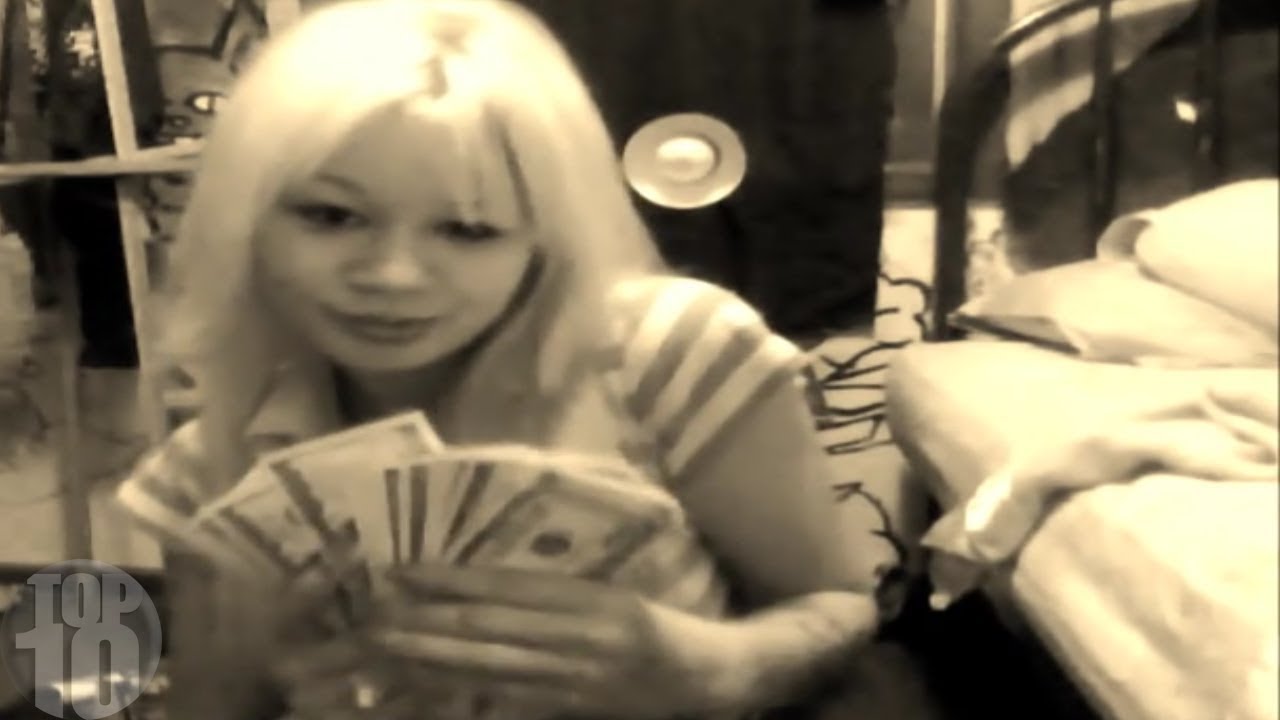 Description: From chick bank robbers to people growing weed and filming it, we countdown the top 10 youtube videos that got people arrested. In 2012, a video was posted to youtube featuring 19 year old, Hannah Sabata. In the video, she brags about her stealing a car and then driving it to rob a bank with a gun. She even shows the 6000 dollars of bank notes money that she stole. She was also wearing the same clothes as she committed the robbery in. We’ve all had that one annoying next door neighbour, however this man took it a step too far! In this video, a man from England rants about how his neibour’s tree is in the way of his view. He then filmed himself mixing chemicals and petrol into a bucket, before sneaking into his neibour’s garden to pour the mixture into the roots of the tree. In 2013, a 15 year old from Louisiana was using the phone app “the real strike” at his school. The app allows you to put a gun filter over real time video and pretend to shoot at your friends. When the teenager got home, he uploaded the video of him shooting his friends with the app to YouTube. The next day, the teenager awoke to a nasty surprise. The police had seen the video and arrested him under terror charges. In April of 2014, 4 Saudi men posted a video on YouTube, urging King Abdullah to improve the living conditions and to fight corruption. The men were arrested just 1 day after Barack Obama and King Abdullah met to discuss human rights. The men posted several videos, speaking out against the government, saying that their salaries of 400 dollars per month are not enough. In 2012, popular prank channel VitalyzdTV played a prank for a YouTube video where the channel’s creator, Vitaly, walked up to people dressed as a hit man and said “the choice is yours, you’ve got 60 seconds”. One person failed to see the funny side of the prank and thought that the threat was serious. They then called the police and the bomb squad showed up and arrested the cameraman. In 2014, 4 skydivers filmed themselves parachuting off the One World Trade Center tower. The daredevils managed to break in and sneak to the top of the tower, and then jump off the top. The men were charged with reckless endangerment, burglary and base jumping, as they could have caused injury to themselves, pedestrians or drivers. In 2011, a Malaysian woman was filmed beating her infant child and the video was posted to YouTube. After receiving more than 200 calls, the Malaysian police took the video down and arrested the perpetrator. The person who filmed the incident was a friend of the mother’s who had become concerned by seeing this type of behaviour before. In 2014, Bill Bradley posted a video saying that he is growing marijuana because he has terminal cancer. He also asked for donations to help him keep growing the drug to give to others that need it. He then proceeded to film all around his mini-plantation that he had created in his garden. He urged people who needed it to come and use the weed and stated his address so that they could come. This made it incredibly easy for police to locate and arrest Bill for illegally growing an distributing marijuana. In 2012, a 22-year-old and a 13-year old filmed each other swinging small dogs and puppies around by their leashes and then tossing them into the air. They also filmed them force feeding the dogs fecal matter. They uploaded the video to YouTube and police quickly tracked them down after people watched the horrific video. The pair were changed with 4 felony counts of animal torture and 8 counts of animal abuse respectively. In June of 2015, a mother from Indiana was arrested after a video surfaced of her fighting with another woman at a Wal-Mart. The mother was fighting a woman who she had a verbal confrontation with after she hit her with her mobility scooter. What made the fight video really surprising was that her 6 year old son got involved and started throwing kicks and punches.