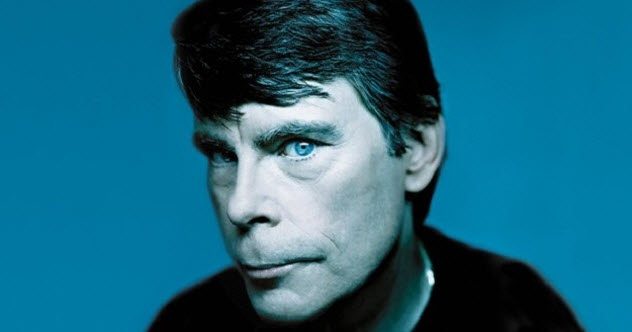 When you think of the holidays, you probably think of Christmas trees and carolers and all the things that give you the “warm and fuzzies” around this time of year. Probably one of the last things you’d think of is snuggling up in a blanket with a cup of hot cocoa to read a Stephen King story. So it may come as a surprise that hidden within the author’s canon of horrifying tales about murderous clowns, rabid dogs, and telekinetic prom queens are other stories that are perfect for the season.

Here are ten heartwarming Stephen King short stories and novels that are perfect for reading at Christmastime. Light on the horror elements that are the hallmark of Stephen King’s oeuvre, these entries are more heartwarming than spine-chilling.

Written under King’s pseudonym, Richard Bachman, Blaze is an entertaining but tragic tale that was obviously influenced by Of Mice and Men. More of a crime thriller, this 2007 novel tells the story of Clayton “Blaze” Blaisdale, Jr., a low-level criminal who kidnaps a millionaire’s baby in order to fulfill the scheme of his recently departed cohort, George Rackley. What follows is a strangely touching peek into the life of one whose unfortunate life and choices still allow us to feel compassion for someone we would otherwise find reprehensible.

If Charles Dickens had lived during the 21st century, Blaze might have been a character inhabiting stories like Oliver Twist or Great Expectations, representing the people who populate our world but are at the same time virtually invisible.

To call this book heartwarming might be a stretch, but I find themes of hope, empathy, and compassion resonating within King’s tragic tale. While it may not be a comforting story, it is certainly a heartfelt one, reminding us that not everyone will enjoy a merry Christmas.[1]

King’s foray into the world of the serialized novel is an enduring masterpiece about a wrongfully imprisoned black man with special healing powers.

Though there are some tough scenes to get through, The Green Mile makes this list for a number of reasons. First, it’s one of King’s most thoughtful and emotionally driven stories and far from what would be considered “horror.” Second, if you can get your hands on the serialized installments, you can devour each slim volume week after week like bonbons from an Advent calendar. Third, our main character, John Coffey, is a not-so-subtle metaphor for the central figure of the Christmas season, a man who also had healing powers and was punished for crimes he did not commit.[2]

8 “The Last Rung on the Ladder”

This is one of my favorite King short stories because it is just so heartbreaking. Though you can read it pretty quickly, I suspect it just might stay with you for a long, long time.

Without giving away too much of the plot, this short story from the author’s Night Shift collection involves a pair of siblings whose close relationship is lost along the way. It explores the struggles that siblings go through as adults, like struggling to keep in contact, the weight of responsibility the elder feels for the younger, and the regrets of all those moments that were missed.

Family is often at the forefront during Christmas, and this story is a sort of cautionary tale that reminds us to be thankful for our family while they’re still around. It is as uplifting as it is heartbreaking and quite a unique entry in the Stephen King canon.[3]

7 On Writing: A Memoir of the Craft

I included Stephen King’s manual on writing here for two reasons. First, it is truly a gift for aspiring writers who want to understand a little more about the craft. Second, I’ve always seen this as the most personal and sincere of King’s writings for the simple fact that we truly get to peek behind the curtain of what drives his abilities as a best-selling fiction writer. It’s almost as if we are invited into his home and given a cup of hot cider as he begins to speak in a heart-to-heart fashion about the technique, the agony, and the joy that is writing.

Stephen King teaching us how to master the craft of writing? I can’t think of a better gift than that, and you can literally give that gift this Christmas to the writer you love.[4]

Though it is thick enough to cause cranial damage if it takes an unfortunate tumble from your bookshelf during a raucous holiday party, 11/22/63 moves along at a brisk pace. Both an exciting time-travel story and, (in my humble opinion), arguably the sweetest love story that Stephen King has ever published, 11/22/63 is not one you want to miss. Taking place right before Christmas, this book tells the story of Jake Epping, who discovers a hidden doorway to the past and travels back in time in an attempt to prevent the Kennedy assassination. Along the way, he has many misadventures but manages to find the love of his life—living in a time before he was born.

Hulu did an admirable version that Stephen King fans should check out; this might be the most accessible TV miniseries that has his name attached to it. Though the novel is for the more intrepid reader, it is one that should certainly not be missed. 11/22/63 is emotionally impactful, and the ending will leave you ruined in the best way.[5]

I’ve read this one twice, and the pure magic of Jack’s sojourn between worlds as he tries to find the cure for his dying mother did not lose an ounce of its charm on my re-read. A collaboration with fellow best-selling author Peter Straub, The Talisman is my absolute favorite Stephen King novel. Epic in every sense of the word, The Talisman brings out the best of both these authors’ remarkable storytelling skills.

Filled with the kind of magic that seems to define the Christmas season, The Talisman captures the innocence and dangers of childhood, all while providing fantastical elements and compelling characters.

Though there are a few scary elements in the book, it is pure escapist fantasy, both a coming-of-age story (with all the dramatic and tragic touches you would expect from the genre) and an epic hero’s journey narrative.[6]

4 The Eyes of the Dragon

King wrote this medieval fantasy story for his daughter, Naomi, possibly the most unique entry into his diverse canon.

The closest King has gotten yet to a true fairy tale, The Eyes of the Dragon is the tale of a prince framed for the murder of his father by an evil sorcerer. The story is beautifully told, resonating with rich themes of family, heroism, and all the other motifs that the classics embrace.

On the shorter side, and containing illustrations throughout, this novel is a perfect Christmas read, as warm and comforting as a mug of hot cocoa.[7]

From his most recent short story collection, The Bazaar of Bad Dreams, “Afterlife” deserves its inclusion in this list because it’s both imaginative and humorous. It’s as if Stephen King has written his own twisted version of the Christmas classic, It’s a Wonderful Life.

“Afterlife” is a strangely poignant look at one man’s experience after death as he attempts to negotiate with a celestial bureaucrat over his next destination. He is given two choices for what will happen next, based upon what he did with his life. I won’t spoil those choices here, but trust me when I say it is worth a read.

There is no real horror to be found here, and though the ending wouldn’t be considered upbeat, there is enough whimsy and wonderment in the story to put a smile on your face. You should have a holly jolly good time with “Afterlife.”[8]

This coming-of-age story takes place in a seaside town in North Carolina. Devin Jones is a likable college student who decides to take a summer job as a carny as he attempts to move on after heartbreak. What follows is equal parts coming-of-age and young romance, and King skillfully manages to capture the magic of both in a very poignant way.

Forget the Hallmark Channel; Joyland offers a tender romance that might very well make you cry. The action is thrilling, the ending is bittersweet, and there’s plenty to fall in love with along the way.

Though it certainly doesn’t take place at Christmas, it sure has a heartwarming element to it that is entirely within King’s wheelhouse, even though stories like this are rare for him.

Not only is the tone a little different than typical King, so is the length: This is one of his slimmest novels, a short and sweet tale that will leave you as warm and gooey as a freshly baked sugar cookie.[9]

A hard-working single mother, Darlene Pullen, just can’t seem to get a break: There are bills to pay, one kid needs braces, another is sick, and the holiday season is right around the corner. Her job as a maid in a Carson City, Nevada, hotel isn’t helping her situation much, and you can feel the last remnants of hope slipping away. Then she finds a note left by a recent guest promising that the titular “luckey” quarter will change her prospects, and she decides to put the promise to the test.

Because King expertly places the reader firmly in Darlene’s corner, we excitedly go with her on her adventure, rooting for her along the way and hoping somehow the guest’s promise will prove true. This story from the Everything’s Eventual collection is enchanted in a way that only King can pull off. And the ending leaves on a hopeful note that puts it squarely in line with the wishful sentiments of the holiday season. I may not have a lucky quarter, but for my money, this one’s the winner.[10]