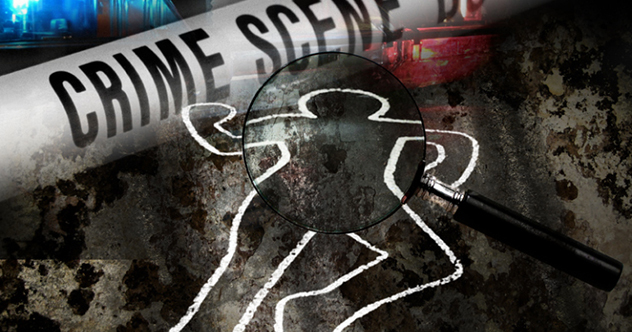 Former British Prime Minister Winston Churchill once said: “I cannot forecast to you the action of Russia. It is a riddle wrapped in a mystery inside an enigma.” These words, first uttered in 1939, still ring true today. Despite the collapse of the Soviet Union over thirty years ago, many still regard Russia as a land of spies, ambiguity, and secrets. A land where individuals die mysteriously.

Such mysterious deaths have not been confined to Russia’s borders either. London and Berlin are just two examples of cities where Russian individuals have died under suspicious circumstances. Many of these deaths remain unsolved, even decades later. In this list, we take a look at ten of the most mysterious Russian deaths.

On February 27, 2015, politician and former Deputy Prime Minister Boris Nemtsov was assassinated within a stone’s throw from the Kremlin walls. At 11:31 in the evening, Nemtsov and his partner, Anna Duritskaya, were walking along the Bolshoy Moskvoretsky Bridge in central Moscow when Nemtsov was shot four times from behind, dying instantly. Immediately afterward, the assailant fled the scene in a white or grey car. Anna Duritskaya managed to escape unharmed.

Following the assassination, an investigation was launched by the Russian government, with the Russian president overseeing the investigation personally. In late July 2017, four Chechen men were found guilty and given jail sentences between 11 and 19 years as accomplices. The convicted killer was handed a twenty-year sentence. However, to this day, the person who ordered the killing has not been found.

Suspicions continue to surround the murder as Nemtsov was a popular and vocal opponent of the Russian government. On the evening in question, Nemtsov had given a radio interview in which he had accused President Putin of lying over Russia’s military takeover of Crimea. At the time of the murder, all nearby security cameras had been switched off for maintenance.[1]

On October 7, 2006, Anna Politkovskaya was shot dead in the elevator of her apartment block. She was shot in the heart, shoulder, and head. An investigative journalist for the liberal newspaper Novaya Gazeta, Politkovskaya had been involved in reporting on human rights abuses in Chechnya. Politkovskaya was a vocal critic of the Kremlin as well as of the then Prime Minister of the Chechen Republic, Ramzan Kadyrov. Politkovskaya was murdered on the birthday of the Russian president and only two days after Kadyrov’s 30th birthday celebrations. Ominously, in an interview with Politkovskaya in 2004, Kadyrov referred to her as an “enemy” and said that she should be shot.

Many years later, in 2014, the final trial (after previous trials and acquittals) took place. The actual murderer, Rustam Makhmudov, was sentenced to life in prison. Other accomplices were given various sentences. However, yet again, the person who ordered the killing remains a mystery.[2]

“You may succeed in silencing one man, but the howl of protest from around the world will reverberate, Mr. Putin, in your ears for the rest of your life.” These were the last words of former KGB officer Alexander Litvinenko, who died in London in 2006 after being poisoned with the radioactive substance polonium.

Born in the Russian city of Voronezh, Litvinenko spent much of his childhood in the North Caucasus. After attending military college, he was recruited as an officer of the KGB (Russian security services now known as the FSB) in the Organized Crime Department. In this role, Litvinenko was given orders to assassinate oligarch Berezovsky, which he refused. He later publicly denounced the FSB in a press conference. Fearing for his life, Litvinenko and his family fled to the UK, where they were granted asylum.

On November 1, 2006, Litvinenko suddenly fell ill. Two days later, he was admitted to the hospital in London. He died on November 23, 2006. A UK government inquiry concluded that Litvinenko died after ingesting radioactive poison from a teapot in a London hotel. The inquiry considered it a “strong probability” that the killing was directed by the Russian security services (FSB).[3]

On October 19, 2021, the body of a Russian diplomat was found outside the Russian embassy in Berlin. The 35-year-old man had apparently fallen out of a window on the upper floor of the embassy. The Russian embassy referred to the death as a “tragic accident” but made no further comments. The deceased was reported to be the son of General Alexey Zhalo, the deputy director of the FSB’s Second Directorate and head of the FSB’s Directorate for Protection of Constitutional Order—which is concerned with terrorism cases.

The German authorities requested permission to perform an autopsy, but this was refused by the Russian embassy. Instead, the victim’s body was repatriated back to Russia. German police did not investigate the death due to the deceased’s diplomatic status. This is not the first incident of its kind. In 2003, another worker at the same embassy also died after falling from an upper window.[4] 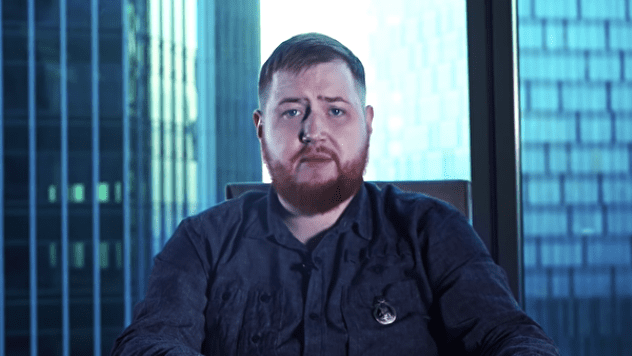 In late 2021, another mysterious death was reported in Russia, with the deceased again falling from a window. This time, the victim fell from his apartment window in central Moscow. The deceased was named as thirty-five-year-old journalist Yegor Prosvirnin. Prosvirnin was a controversial right-wing journalist who founded the blog “Sputnik and Pogrom.” The website was blocked by the Russian government in 2017 for promoting ideas of “ethnic and religious hatred.”

Mysteriously, Prosvirnin’s body was found naked under the windows of a residential building. Moments before his death, Prosvirnin allegedly threw a knife and gas can (some report pepper spray canister) from the window. Neighbors had also heard screaming and swearing before he fell. Some initial reports indicate he may have been intoxicated, and his death is likely either a suicide or accident.[5]

In 2009, Russian tax advisor Sergei Magnitsky—just 37—died in a Russian prison under suspicious circumstances. Magnitsky was a lawyer and tax auditor at Firestone Duncan, a Moscow law firm, and worked with Hermitage Capital, an asset management firm led by American Bill Browder. Browder was banned from Russia in 2005 as a national security threat. This ban came after his company accused State corporations of large-scale corruption.

In 2008, the offices of Hermitage Capital were raided and documents seized. These documents were used to transfer ownership of several holding companies and then successfully apply for a tax rebate of $230 million. At the time, Magnitsky had been defending Hermitage Capital.

In November 2008, Magnitsky was himself arrested on allegations of complicity in tax evasion. He died while in detention after repeated pleas for medical help. His official cause of death was toxic shock and heart failure due to pancreatitis. However, allegations that he was beaten by guards before he died were found to be credible by the European Court of Human Rights. It also concluded that Magnitsky had been deprived of medical care. In 2013, a Moscow court found Magnitsky guilty of tax evasion posthumously.[6] 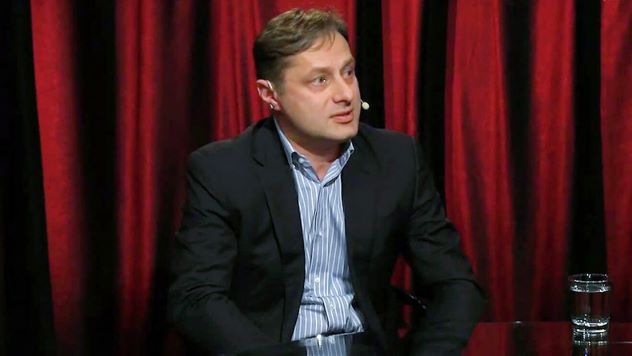 Vladimir Marugov, otherwise known as Russia’s “sausage king” due to his ownership of multiple sausage factories, was brutally killed at his country estate outside of Moscow in late 2020. On the morning of the attack, Marugov was sitting in his outside sauna with his partner Sabina Gaziyeva. Suddenly, two masked intruders broke into the estate, tying the couple up and demanding money. Gaziyeva managed to escape. However, Marugov’s body was later found by police next to the crossbow used in the attack.

The man accused of the murder, Alexander Mavridi, was subsequently detained. Yet, in August 2021, Mavridi, along with several other detainees, managed to escape detention. However, he was later caught via facial recognition technology. At the time of his murder, Marugov was going through a bitter divorce with his ex-wife. In a bizarre twist, it was reported that Marugov’s ex-wife was a close acquaintance of the accused killer. She denies prior knowledge of the attack.[7]

Former deputy director of the Russian airline Aeroflot and acquaintance of the aforementioned Boris Berezovsky (see number eight), Nikolai Glushkov is another controversial figure to die under mysterious circumstances. After being accused of fraud, Glushkov fled Russia and was granted political asylum in the UK, where he lived until his death. A Kremlin critic, Glushkov was due to attend Commercial Court in London on March 12, 2018, to defend himself against fraud claims. However, he never showed up. His daughter found his body at his home later that day.

A coroner found that, despite attempts to make his death look like a suicide, Glushkov was, in fact, strangled in his own home by a third party. A pathology report found that the injuries were “consistent with a neck-hold, applied from behind, and the assailant being behind the victim.” Despite contacting over 2,000 witnesses, the murder remains unsolved.[8]

Next is Boris Berezovsky, a man who has already featured prominently on this list. Once Russia’s second richest man, Berezovsky fled Russia in 2000 amid accusations of fraud and money laundering. He went to the UK, where he was granted political asylum in 2003. Extradition requests were refused, much to the ire of the Russian government. Berezovsky, a vocal critic of the Kremlin, had apparently been the target of an intended assassination (foiled by his acquaintance, the late Alexander Litvinenko from #8).

In contrast to his previously lavish lifestyle, toward the end of his life, Berezovsky was said to be in financial difficulties after losing a disastrous court case against fellow oligarch Roman Abramovich. He was reported to have subsequently fallen into a deep depression. Berezovsky was found dead at his UK home in March 2013 with a ligature around his neck, indicating suicide. However, a coroner later recorded an “open verdict” due to contradictory evidence of whether he took his own life or was unlawfully killed.[9]

Last but not least is Natalya Estermirova. An award-winning human rights campaigner and friend of Anna Politkovskaya, Estemirova was born in the Russian province of Saratov. A graduate of Grozny University in Chechnya, she went on to report on human rights abuses, especially during the Second Chechen War in 1999. She later joined the human rights organization Memorial and wrote articles for liberal newspaper Novaya Gazeta.

On July 15, 2009, Estemirova was abducted on her way to work in Grozny, Chechnya. Her body was later found in a wooded area in neighboring Ingushetia with bullet wounds in her head and chest. While it did not find sufficient evidence of State involvement, the European Court of Human Rights concluded that the Russian authorities had failed to conduct a full and thorough investigation into the murder. No one was ever convicted of her murder.[10]