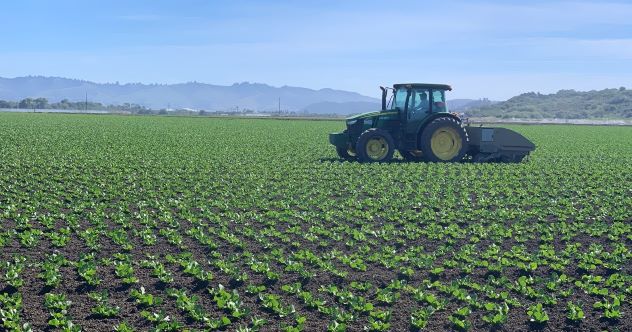 NASA is well-known for its operations in space. It is hard to miss giant rockets streaking across the sky, bulletins about space meteors, and their stylish spacesuits. When not exploring outer space, NASA sponsors research that leads to spinoff technologies. Many inventions developed for space have an impact on Earth’s environmental efforts.

NASA’s budget was most significant during the Space Race (approximately 1957-1969). It had a peak annual budget of $5 billion, through which it developed several technologies that transformed into smoke detectors, smartphones, and more. Despite budget cuts, NASA and its partner agencies have continued to innovate.

Although NASA and its partners revolutionize and improve technology consistently, people ask, “How has NASA benefited life on Earth?” After all, we know that space travel is not the most environmentally friendly enterprise. So how has an agency that is renowned for its space travel contributed to the fight against environmental distress?

Let’s look at ten ways the NASA is improving life on Earth.

Related: 10 Everyday Things That Were Invented By NASA

During the Apollo program, NASA cleaned rocket parts with chlorinated solvents. While effective at cleaning these components, this did not bode well for the natural environment around the launch pad. The solvents used belong to a class of chemicals (dense non-aqueous phase liquids) that were difficult to remove due to their weight compared to water and relative lack of solubility. To solve the pollution caused by the Apollo program, NASA scientists and engineers co-developed a new technology called Emulsified Zero-Valent Iron. This two-step treatment uses iron particles to dechlorinate the area, producing a non-toxic hydrocarbon. EZVI can be used to decontaminate both soil and groundwater due to its soluble membrane.

The technology has become one of NASA’s most licensed technologies due to the sheer number of sites contaminated by dense non-aqueous phase liquids. Its low cost and quick treatment time (2 to 3 months) make it a useful invention for groundwater decontamination.[1]

Mars is a harsh and unforgiving planet. The surface is an average of -62°C (-81°F) and can be even colder at the poles and during the wintertime. (LINK 4) Renewable power sources will be required to colonize the red planet, and a popular solution is a combination of solar and wind power due to the slightly longer days and infamous dust storms. Due to the harsh conditions, NASA needed to invent a turbine with resilient parts and as few moving pieces as possible. These same qualities also helped expand the reach of renewable energy to some of the harshest environments on earth. NASA initially tested the technology in the South Pole to reduce the amount of fuel that they flew in for research teams stationed there.

Dust bunnies have more bite when the dust comes from the lunar surface. Managing and filtering regolith is vital for any building where humans may work on the lunar surface as the small particles can damage the eyes and lungs. A small company called Lunar Outpost created a monitoring device dubbed the Space Canary to tackle this challenge. As part of NASA’s NextSTEP program, Lunar Outpost teamed up with Lockheed Martin Space to tweak the design for use in space and on Earth.

The redesigned Space Canary, now named Canary-S, has been independently verified to work for pollution monitoring in outdoor settings. Canary-S has been deployed to help protect firefighters from carbon monoxide poisoning, monitor emissions from oil and gas companies, and track local air quality at public schools.[3]

If you’ve ever under- or overwatered a plant, you may have wished it could just tell you what it needed. Thanks to this next invention, plants can do just that. Research done by a NASA-funded researcher determined that how much water a plant has can be monitored by measuring the leaf thickness through electrical pulses. Later, this idea was turned into a commercial product by AgriHouse Brands. By connecting directly to a leaf on the plant, their sensor can send information back to the farmer regarding the plant’s health and alert them when the plant needs water.

The sensor’s real-time data on plant health allows farmers to water the plant only when needed. Precision agriculture saves water, time, and money. Soon, you may get a text from your houseplant requesting more water.[4]

LEDs are not just for tricking out your room or making your car glow. Plants were not evolved to grow in space. Especially in the space station, the constantly changing day cycle and sub-optimal positioning can make plant growth more difficult. Traditional lights are energy-hungry and can radiate heat, which is unsuitable for more sensitive plants. LED lights address both of these issues with lower energy requirements and an almost complete lack of heat.

To develop a sustainable alternative light source for plant growth, NASA teamed up with Orbital Technologies Corporation. This company developed the High Efficiency Lighting with Integrated Adaptive Control. It works by stringing together a series of 4-cm-square (1.5-inch-square) LED light panels. These panels can be individually adjusted, which allows for energy savings in two ways. The first way they save energy is the LED panels can optimize the light they emit for specific plants during specific growing phases. The second way the HELIAC system saves energy is by detecting if plants are in front of them and only turning on when they detect a plant. Not only do these LEDs look cool, but they also may soon power an indoor farm near you.[5]

You may be asking yourself, “How can John Deere be good for the environment?” Tilling the land is necessary for growing food, but historically, this process has been inefficient. Since farmers have to drive by eye, they often overlap the rows by about 10 percent. Row overlap wastes seeds and fertilizer and leads to longer total job time. Self-guided tractors can dramatically reduce the amount of overlap and increase the expected yield of a given plot.

John Deere was able to do this by tapping into NASA’s Jet Propulsion Lab’s GPS-correction software and global data. After connecting their device to the network, they could plot courses for the tractors that are accurate within a few inches. Furthermore, they no longer needed to install large, expensive radio towers.

Combined, these innovations in remote sensing allow farmers to plot accurate courses for their tractors, resulting in lower resource usage and higher yields.[6]

The idea of a DigitalClone is to create a digital twin of components or systems. A digital twin is a replica of a real-world object or system used to predict certain events. Recently, this has been popularized by NVIDA’s Earth-2 digital twin.

Back in the early 2000s, Sentient Science attempted to do the same thing for mechanical components. Their focus was on turning the data they collected regarding material performance into a predictive model of component wear and tear. Although this may not seem like an environmentally friendly spinoff, the implications are. Companies can use accurate digital twins to simulate component use and predictive maintenance. Predictive maintenance can reduce the repair cost and extend the lifespan of simulated systems.

Companies or government agencies can also use the technology to simulate systems much faster than traditional physical testing. Digital testing further reduces the environmental impact of component and system testing. Sentient Science has used its DigitalClone technology extensively in the renewable field—specifically for wind turbine gearboxes. They estimate that their technology helped lower wind energy’s cost to 3.5 cents per kilowatt-hour as of 2016.[7]

Plants need nutrients to grow well, but traditional fertilizer methods are wasteful. A standard application schedule for fertilizer is monthly, but the plants do not absorb a lot of that fertilizer. Florikan developed a more intelligent solution. Instead of large quantities of fertilizer applied monthly, Florikan’s technology is a single application of fertilizer that releases nutrients in stages. This approach uses only one-third of the amount used in traditional application practices.

Water is a critical element for life on Earth. Freshwater reserves are under increasing stress, as evidenced by droughts experienced in the Southern Plains and the Western United States. It isn’t just a western country issue either. The BBC reports that water scarcity affects about 40 percent of the global population. Experts also estimate that water-related conflicts could rise as water access becomes more difficult.

Not all is lost, however. Satellite imagery and specialized software can help governments and researchers find hidden freshwater deposits underground. Based on a combination of several data sources, satellite imagery, and the algorithm developed by Radar Technologies International, WATEX can create a 3-D map of areas that are likely to have water.

It is even able to do so in war-torn regions without risking cartographers. A crowning achievement of the WATEX system was the discovery of 66 trillion gallons of water beneath Turkana. The technology has also found water in Afghanistan, Angola, and Sudan. As fresh water becomes more scarce, innovations like this may help us avoid complete disaster.[9]

No, this is not an early terminator model. Ships have to routinely undergo dry-docking and maintenance to ensure they are sea-worthy. The traditional method of stripping paint is grit blasting, which produces toxic airborne particles. Grit blasting also results in trips to the landfill, further adding to its environmental impact. M-2000 is a robotic paint stripper that aims to replace grit blasting for contaminant removal.

In contrast to grit blasting, UltraStrip’s M-2000 strips paint using a high-powered water jet. The jet is strong enough to cause paint chips and water to be the only byproducts. The robot uses a vacuum to capture these byproducts and then recycles the water while keeping the paint chips safely secure in a separate container. The process is estimated to be 200 percent more effective than grit blasting for contaminant removal, which leads to fewer repainting episodes. Robotics will likely play an increasingly important role in environmental conservation in the coming decades, as M-2000 has shown.[10]