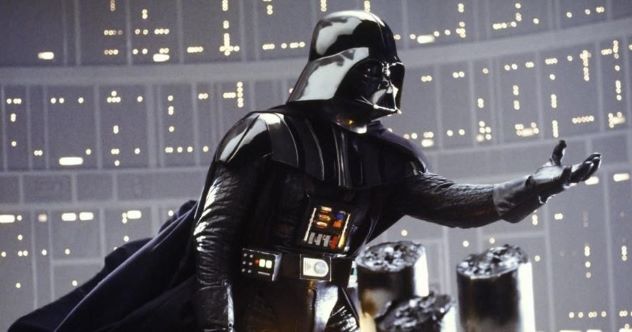 Great villains are a crucial element of any film, but while everyone loves a bad guy, they often only exist to give the heroes an obstacle to overcome. Occasionally, though, a movie villain turns out to be the most intriguing and enticing part of the whole story.

Sometimes these villains are played by actors so good at being bad that we unintentionally root for them. Other times they’re so evil our despisal of them dominates the feature. And, sometimes, we realize that maybe they’re not as in the wrong as we initially thought.

The following ten films all feature a villain that, according to critics and audiences alike, outshined the story’s intended protagonist for one reason or another.

Batman has a lot of things going for him: cool cars, gadgets, a ridiculous amount of money, and a butler who goes above and beyond his job description. But what truly makes the billionaire vigilante iconic is the incredible cast of villains opposing him. You could take any Batman film and, chances are, the villain is the star of the show. In truth, we could have gone with the Penguin from Tim Burton’s Batman Returns or Bane from The Dark Knight Returns here. But, it’s Heath Ledger’s Joker that remains Batman’s most captivating nemesis.

Described by Heath Ledger himself as a “psychopathic, mass-murdering, schizophrenic clown with zero empathy,” the Joker of The Dark knight couldn’t be more different than the campy on-screen iterations from the past.

What this Joker lacks in a discernible backstory or motivation, he more than makes up for in presence. Indeed, every time he’s on-screen, something chaotic and insane occurs. Yet, it all feels authentic thanks to Ledger’s performance—which earned him a posthumous Academy Award for Best Supporting Actor.[1]

The original Star Wars trilogy has no shortage of iconic heroes, but none left quite an impression like Vader. Part of this is simply a matter of presentation. Of course, Vader has the iconic suit, mask, and voice, but there’s also his tendency to bark orders and choke out those who don’t give him what he wants.

Vader’s arch during the original trilogy is also just more interesting than Luke’s. In fact, in many ways, Star Wars is Vader’s story. From his journey to the dark side and his rivalry with his mentor Obi-Wan to the revelation that he is Luke’s father and his return to the light, Lucas gave us a villain that, intentionally or not, arguably serves as the franchise’s main character.[2]

Josh Brolin did a great job as Llewyn Moss, the everyman who stumbles his way into a dangerous cat and mouse game in No Country for Old Men. Tommy Lee Jones, too, put on a captivating performance as the nearly retired and weary sheriff caught up in something much bigger than himself. Make no doubt about it, though, this is Javier Barden’s film.

His ridiculous haircut and vacuum-cleaner-like weapon may initially incite laughter, but Anton Chigurh is simply terrifying. Cold and calculated, Chigurh’s demeanor never wavers despite the magnitude of his crimes, and Barden’s sheer presence makes him feel like an unstoppable force. Oh, and then there’s the fact he’ll literally murder someone at the flip of a coin. The result is a character that audiences didn’t soon forget and a performance that rightfully earned Barden an Oscar.[3]

Unbreakable follows the story of David Dunn (Bruce Willis), a security guard who doesn’t realize he’s a real-life Superman. Trying to help Dunn discover his superpowers is a disabled comic store owner, Elijah Price (Samuel Jackson). In true Shyamalan fashion, there’s a twist toward the tale’s end, where we realize Price isn’t the well-meaning mentor we initially suspect. However, Price is still more intriguing and relatable than the story’s protagonist, with or without this revelation.

Whereas Dunn is impervious to injury (literally “unbreakable”), Price (aka “Mr. Glass”) suffers from brittle bone disease. As a result, his struggles, including a gut-wrenching fall down a flight of stairs, make him a far more affecting character. But, of course, this only makes the film’s final revelation all that more brutal.[4]

Uptight, straight-laced, and as dull as they come, the profoundly religious Sergeant Neil Howie is the antithesis of your usual movie hero. Of course, this is all part of the great trick the folk-horror classic, The Wicker Man, plays on its audience. But where Howie is the unexpected hero, there’s no doubt about the film’s villain, Lord Summerisle, played by Christopher Lee.

Lee here is fantastic as the charming pagan leader pulling the strings behind the scenes on the Scottish island that bears his name. Lee played countless villains during his career, including Dracula and Saruman, but would go on record to call The Wicker Man his best film. While that’s debatable, there’s no doubt that Lord Summerisle and his cooky followers stole the show here, even if Howie’s suspicions turn out to be right in the end.[5]

Alongside its iconic set pieces, costumes, and musical numbers, The Rocky Horror Picture Show boasts a genuinely memorable cast of characters. But, with all due respect to Susan Sarandon and Barry Bostwick, there’s never been any doubt that the star of this cult classic is Dr. Frank-N-Furter, “The Eccentric Transvestite Scientist.”

Take any horror franchise from the ’80s, and there’s a chance the villain is more interesting than the victims. Most of the time, that’s just because the victims are a group of unconvincing teenage stereotypes. But where the likes of Michael Myers and Jason are silent and cold killers, Freddy Krueger provides pure campy entertainment.

Initially played by the talented Robert Englund, Krueger’s one-liners and sadistic presence are what kept audiences coming back for more. In fact, despite the franchise’s revolving door of protagonists, the films have amassed over $440 million to date. Add in those claw hands, Freddie’s ability to kill you in your dreams, and that iconic stripey red sweater, and you’ve got a horror villain who outshines any final girl or guy.[7]

When her favorite author crashes his car in a snowstorm, Wilkes takes it upon herself to save and look after him. However, it soon becomes clear that Wilkes’s fandom is more than just a little obsessive, and she quickly goes from carer to captor. In truth, Wilkes’s mild-mannered and seemingly kind-hearted nature only makes her infamous actions later more shocking. Add in that one particular scene involving a sledgehammer, and there’s little doubt that Wilkes is one of the most sadistic movie villains of all time.[8]

Thor is a badass, and Chris Hemsworth was the perfect choice to play him. However, being the God of Thunder doesn’t leave much room for character depth and intrigue. Instead, it would be Tom Hiddleston’s performance as Thor’s sly brother Loki that would leave the most significant impression in this popular Marvel flick.

Loki is deceptive, conniving, and treacherous but also not wholly evil. And these shades of grey that the character exhibits make him so intriguing. Yes, Loki is selfish and ruthless, but he’s also a great deal more relatable and human than his more muscular brother. So, where Thor might not be much of an anti-hero, Loki might be one of the all-time great anti-villains.[9]

What’s that? Two films on this list where a Harrison Ford character gets overshadowed? Okay, so Ford’s Film Noir inspired Rick Deckard is a great protagonist. But, ultimately, it’s Rutger Hauer’s performance as the rogue humanoid Roy Batty that drives home the film’s themes.

Like all great villains, Roy Batty isn’t wholly evil but instead exhibits shades of grey. After all, all he truly wants is autonomy over his own life. But, it just so happens that Batty’s search to understand himself leads him to become the cause of many deaths and destruction. Still, his final act proves to be a very human one, and his closing monologue, partly written by Hauer, where he laments the life he’s led, might be the most compelling in all of cinema history.[10]