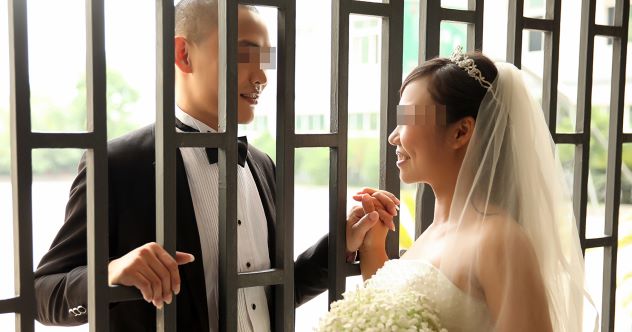 As bizarre as it may seem, a number of women have married serial killers. According to psychologists, some wed such murderers due to a sexual paraphilia known as hybristophilia. Professor John Money, a sexologist, explains that such wives are sexually aroused at being with a person who’s been convicted of having “committed an outrage or crime, such as rape, murder, or armed robbery.”

While this paraphilia may account for some such relationships, other psychologists, authors of books about such women, and serial killers’ own wives offer additional explanations that are also insightful, reasonable, convincing, and unusual. Let’s examine 10 reasons women marry serial killers.

The title of Denise Mina’s online article asks, “Why are women drawn to men behind bars?” It is not easy to date prisoners, she writes. Not only might a woman have to exchange letters with several, or even many, prisoners before making “a sustainable connection” with one of them, but she must also make a “considerable effort to meet” him since he resides “in [a] secure containment” facility. Despite such obstacles, she persists. Why?

Simply put, one answer to this question, Mina suggests, is that a serial killer’s notoriety is perceived as glamorous. By being married to him, a woman may view herself as having achieved “vicarious celebrity.” Some serial killers, such as Richard Ramirez and Ted Bundy, even had groupies, but only one woman could claim such a man as her husband. The bride of a serial killer is apt to get a lot of attention.[1]

Sheila Isenberg, author of Women Who Love Men Who Kill, would agree with Mina. One reason that women marry serial killers is to garner attention for themselves. However, hope motivates other women. They endure the hardships presented by having a relationship with a man behind bars because they envision a future with him.

In this image, they feel that he will be able to devote himself to her when he is freed from prison, and together, they can live happily ever after. This fantasy of future bliss, in which the lovers “will begin to share a life of unending romance,” is all but impossible, Isenberg points out since such criminals are seldom released.[2]

For some women who marry serial killers, their decision has nothing to do with the desire to enjoy “vicarious celebrity” or a fantasy of future bliss. Public defender and mitigation specialist Rosalie Martinez is one of them.

As Katherine Ramsland, Ph.D., points out in her online article “Women Who Love Serial Killers,” Oscar Ray Bolin, a former trucker, had been convicted 10 times for raping and killing three women in Florida, but his convictions had been overturned on technicalities: “errors” had been made in the proceedings of his trial.

Rosalie Martinez believed in the innocence of the man she loved so much that, in 1995, she left her husband, with whom she had four children, and married Bolin “over the phone.” Their marriage, she believed, would put a spotlight on Bolin’s “plight.” Despite Martinez’s tactic, Bolin was again convicted in 2012 and “received a life sentence on top of two death sentences.”[3] 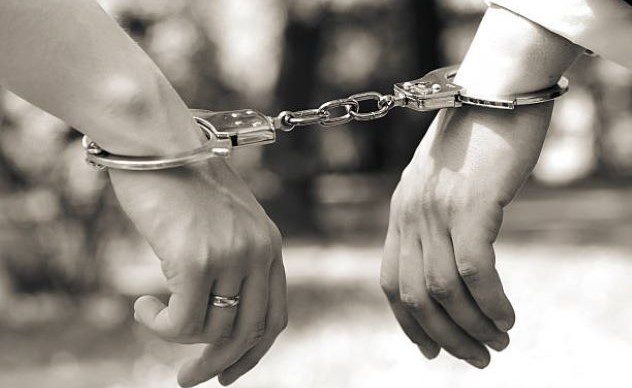 As Ramsland observes, in addition to raising public awareness, the wives of serial killers have provided several other reasons for marrying their murderous spouses. One of the motives such women identify is convenience. By marrying a criminal who has been sentenced to life in prison, a woman can enjoy “the perfect boyfriend,” one who thinks about her often and never strays.

She can tell her friends that she is loved while being free of “the day-to-day issues involved in such relationships,” including the mundane tasks of keeping house. At the same time, she is not accountable to him. She has the “perfect boyfriend,” and “she can keep the fantasy charged up for a long time.”[4]

She is the type, Brown elaborates, who willingly stands by her man, refusing to leave him, even if he beats her regularly, hopeful that, by doing so, she can eventually “save him from himself.” In marrying a serial killer, the author points out, this type of woman “is safer than the battered woman she most likely would be [if her husband wasn’t serving a life sentence] because…behind bars…he can’t knock her around.”[5]

Another component of such a woman’s seeking to change a serial killer is the fact that, by doing so, she will assume control of him. As R.J. Parker declares in Serial Killer Groupies, this type of woman believes that if she “can make him fall in love with [her, she will] ultimately gain control.”

Other women, however, are motivated by their desire to “nurture” a serial killer, Parker explains. Such women perceive the child the killer once was and desire to nurture him. This is one of the most frequent answers women give for dating such murderers. They believe that if they can somehow provide the love and care he missed out on as a boy, they can rid the killer’s “cruel and harmful nature, making him amicable again”[6]

Tracey Bottomley of West Yorkshire, UK, was aware, she said, that her fiancé, American serial killer Ernest Otto Smith, might one day kill her, but marrying him would be worth it, she insisted, since death eventually claims us all, anyway. “I don’t mind the fact,” she made it clear, “it could be at the hands of him.” She claimed she loves Smith, whom she’d met in 2018 through a prison pen pal program.

Her sympathy for the killer seems to be the basis for her love. Her “parallel experiences with trauma and abuse,” like that which Smith suffered, bonded their relationship, writes reporter Hannah Sparks. As Bottomley herself put it, the child abuse her husband suffered as a boy “resonated with me.” Smith, a traditional fiancé, insisted on buying their wedding bands, having arranged for his son, who manages Smith’s bank accounts, to send her the funds for the purchases.[7]

Their mutual passion for sadomasochism created a powerful bond between Karla Homolka and Paul Bernardo, who met at a pet convention when they were 17 and 23, respectively. Homolka, the submissive partner to the dominant Bernardo, promised in her wedding vows to “love, honor, and obey” him when they married, not as husband and wife, but as “man and wife,” a deliberate phrasing intended to indicate Bernardo’s dominant role in their marriage.

Homolka took her wedding vows seriously, agreeing not only to procure sexual victims for her husband but also to join him in kidnapping, sexually assaulting, and murdering their victims, one of whom was Homolka’s own younger sister. Finally, the couple separated in 1993, shortly before her ex-husband was identified as the Scarborough Rapist.

Following their conviction, Bernardo was sentenced to life. Thanks to a plea deal requiring her to testify against him, Homolka received a 12-year sentence with eligibility for parole after three years. She was released from prison in 2005 and now lives under an assumed name.[8]

“An unrepentant cannibal,” Arthur Shawcross says he was inspired by the atrocities he witnessed during his stint of duty in Vietnam. The fact that he was born with an extra Y-chromosome might have added to his aggressive nature. However, this abnormality doesn’t seem to explain his belief that he was channeling both his late mother’s spirit and that “of a thirteenth-century cannibal” named Ariemes. Shawcross believed Ariemes had taken possession of his body and “drove him to rape, murder, and cannibalism.”

His deeds didn’t dissuade his long-time sweetheart, Clara Neal, whom he’d met during an adulterous liaison, from marrying him, even though Shawcross was already married at the time. Although the ceremony was a simple affair, conducted “in the prison’s visiting room,” it satisfied Neal, who described it as “nice.”

Her further comment suggests that, in addition to her love for Shawcross, her low self-esteem factored into why she’d married the cannibalistic serial killer following the death of Shawcross’s wife in 1997. “It took 10 years to make the grade, but I finally made it,” she said. She seems to have seen herself as inferior to Shawcross, as low-grade. She needed a lot of improvement, so much that it took a decade to make the grade to the extent that she would be fit enough to become his fiancée. She hadn’t been good enough for Shawcross, not, at least, according to her own measure of her value, her self-esteem.[9]

1 Partnership, Sex, Power, and the Need to Please

Another reason women marry serial killers is to institute a partnership involving both crime and romance, or “business and pleasure,” as Dirk C. Gibson puts it in his book Serial Killers Around the World. He was referring to David and Catherine Birnie, a common-law husband and wife serial killer team. Friends—and some say—lovers since childhood, they “reunited” in 1985, Gibson notes. Catherine subsequently abandoned her husband and six children in favor of David, officially taking David’s last name as her own.

Their crimes, which included abduction, kidnapping, rape, “days of sexual assault,” and murder, were motivated almost entirely by David’s sex drive and emotional control of Catherine. She was entirely dependent on him, although they did try their hand (unsuccessfully) at safecracking on one occasion.

Gibson concludes his sketch of the killers by providing Dr. Giarrattano’s and Gibson’s own assessment of David’s motives for the murders and Catherine’s attorney’s opinion of his client’s motive. David’s motive, Giarrattano says, was “sexual” (to which Gibson adds and perhaps his need to exercise power), while Catherine’s lawyer declared that hers was her eagerness to please David.[10]