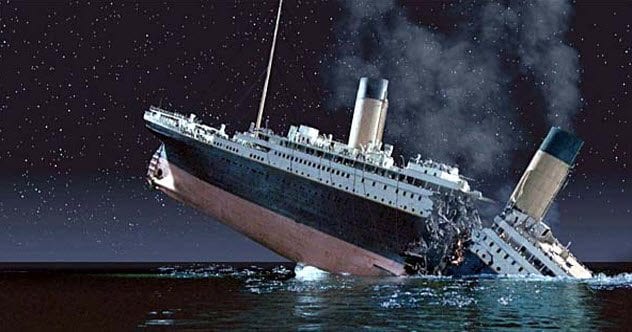 There are fantastic stories of people surviving disasters, such as Juliane Koepcke, the German-Peruvian woman who fell 10,000 feet out of a plane over the Amazon and an Uruguayan rugby team that reverted to cannibalism to survive after a plane crash in the Andes.

But then there are people who survived not one but multiple disasters and deadly situations. Croatian Frane Selak walked away from seven accidents, and Casimir Polemus, a Frenchman, is said to have survived three shipwrecks in the 1800s, although it has been hard to verify.

The survival of the following ten people has been verified, however, and their stories are the stuff nightmares are made of.

Many words come to mind when describing a honeymoon, but survival is not one of them. Unfortunately, for Swedes Stefan & Erika Svanström, disaster seemed to accompany them on their honeymoon. In 2011, the pair set off with their baby daughter, Elinor, on a planned four-month adventure holiday to various countries, including Indonesia, Australia, New Zealand, Japan, and China.

They would have been forgiven for thinking surviving a blown-off bus roof during a monsoon in Indonesia would be the low point of their holiday. Instead, it was only one of a series of life-threatening incidents.

In Australia, they survived a bushfire in Perth and a cyclone in Cairns. In New Zealand, they were fortunate enough to be rerouted to miss an earthquake in Christchurch, only to find themselves in Tokyo when the earthquake and tsunami hit Tōhoku on March 11, 2011. According to Mr. Svanström, he also survived the 2004 tsunami in Southeast Asia.[1]

Many people survive hurricanes, but very few survive two before they are a month old! Little Gabriella Coane from Houston, Texas, was only a few days old when Hurricane Harvey hit the state, and despite widespread damage, their house was left largely intact. Her parents, who were worried about water supplies, fires, and other problems from the aftermath, decided to temporarily move to their second house in Miami, Florida, where they could feel more relaxed with their new infant.

Three days after arriving in Miami, the family had to evacuate for a second time as Hurricane Irma hit the area. After an 11-hour drive, they found a small-town Alabama hotel where they waited out the hurricane. They couldn’t go back to their Miami home, as there was no water and electricity, so less than a week and 3,000 miles later, the Coanes arrived safely back in Texas and nicknamed little Gabriella “Storm”[2]

On September 5, 1975, Lynette Fromme shot at President Gerald Ford in Sacramento, California. The Secret Service tackled her, and although the shot was fired, it missed its target. Fromme, a drug addict and cult leader Charles Manson follower, apparently tried to kill the president to gain Manson’s favor.

Only seventeen days later, on September 22, 1975, a former Marine interfered with another attempted assassination on President Ford—this time by Sara Jane Moore when she tried to shoot Ford while leaving a hotel in San Francisco, California.

Incidentally, Fromme and Moore were sent to the same prisons in West Virginia, and both managed to escape in 1979 and 1989, respectively. But they were back in jail in a jiffy. Moore was released on parole in 2007 and Fromme in 2009.[3]

Sir Adrian Carton De Wiart, born from Belgian and Irish parents, won himself the reputation of “the unkillable soldier.” He fought in and survived three wars—the second Boer War, WWI, and WWII—and lost an eye and a hand. Although he was too young to join the Army, not being a British subject and not having his father’s consent, De Wiart quit his studies, took a fake name, pretended to be older, and left for South Africa to fight in the Second Boer War, where he was shot in the chest and sent home. After his recuperation, he returned to war, of course.

De Wiart was severely injured on eight occasions in WWI, and despite losing his left eye in the then Somaliland in 1914, he returned to fight. And in 1915, on the Western Front, he suffered gunshot wounds to his skull, ankle, hip, leg, and ear. During WWII, he was assigned commanding officer roles and, luckily, didn’t lose any further limbs. However, he had to survive in a prisoner-of-war camp at age 61. In 1943, he was appointed British representative to China until his retirement in 1946. Despite all his suffering, Carton de Wiart wrote in his autobiography: “Frankly, I had enjoyed the war.”[4]

Oh, and he might have been the illegitimate son of King Leopold II.

While on patrol in the waters off the Dutch coast on September 22, 1914, HMS Aboukir and two other British cruisers, HMS Hogue and HMS Cressy, were spotted by a U-9 German submarine. Aboukir was hit first, and the Hogue started recovering survivors.

A 15-year-old Wenman “Kit” Wykeham-Musgrave, a midshipman, swam for his life and was one of the survivors picked up by the Hogue. Unfortunately, the U-boat hit the Hogue too, and young Kit was in the water again. He made it to the Cressy and must have thought that he was safe, but the Cressy was hit immediately after that. Wykeham-Musgrave was saved by a Dutch fishing boat, and a few hundred more survivors were saved by other boats. In what was one of Britain’s worst moments on the naval record, the young sailor survived three U-boat attacks within 90 minutes![5]

Guinness World Records acknowledges Roy Sullivan, a park ranger (nicknamed the “Spark Ranger”) at the Shenandoah National Park in Virginia, as the person who was hit by and survived lightning the most times—a whopping seven times! He was struck the first time in 1942, losing only a toenail, and then again in 1969, 1970, 1972, 1973, 1976, and finally in 1977. His injuries included burns to his chest and other places, and his hair was burned—twice. Even his wife Pat was hit on one occasion in 1970 on their front porch. Sullivan eventually died from a gunshot wound to his head in bed on September 28, 1983.

Discover magazine included him on its 2008 list of memorable survivors, along with a Soviet World War II pilot who jumped out of his plane without a parachute at 22,000 feet and a sailor who drifted at sea for 76 days.[6]

Very few disasters are as terrifying as tsunamis, as we have learned since the Indian Ocean earthquake and tsunami that hit 14 countries on Boxing Day 2004, killing nearly 228,000 people. When in its path, surviving a tsunami is exceptional. Surviving two is a miracle!

Zahrul Fuadi was one fortunate man who survived earthquakes and tsunamis on December 26, 2004, and March 11, 2011. He ran away from the tsunami in Aceh, Indonesia, in 2004, thinking that it was the end of the world. Thankful to have survived, he moved to Japan as a doctoral student, where he was on campus when again disaster struck on March 11, 2011, when an earthquake and tsunami struck in Tōhoku. From this disaster, 16,000 people were killed, and a nuclear crisis was looming, but Faudi got away with only being left without power and water at home.

Faudi wasn’t the only one to have survived two tsunamis. Fellow Indonesian Rahmat Saiful Bahri, also survived the 2004 tsunami and the one hitting the Sulawesi Island on September 28, 2018, after a magnitude 7.5 earthquake.[7] 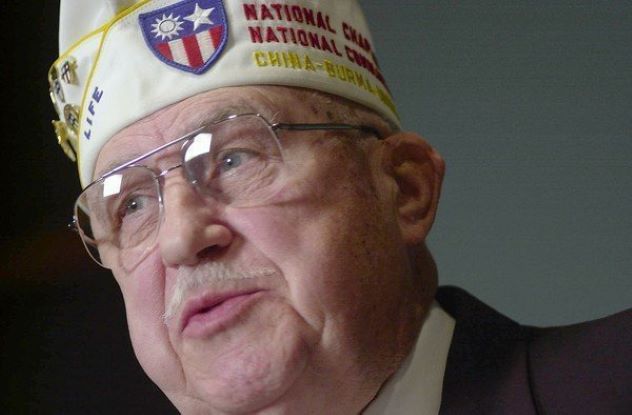 Many soldiers have fought in and survived wars—even being POWs on different occasions—but some had to endure it more than once. Wendall A. Phillips was a radio operator on a C-47 aircraft for U.S. Air Transport Command, using bases in England to operate from during WWII. While there, he survived five separate plane crashes. After the last one, in late 1944, he and his fellow crew members were captured by the Germans and taken to a POW camp in Belgium. After 33 days, Phillips and two others escaped through a hole in the electric fence and fled for three days before French resistance fighters helped them to return to the American forces.

Phillips was reassigned to the China-India-Burma Theater to distribute supplies to forces fighting against the Japanese. Here his crew faced another plane crash, and Phillips became a POW again. He endured torture at the hands of the Japanese—apparently losing his fingernails in an attempt by his captors to get information from him. He was released when the Japanese surrendered in 1945.[8]

The only female survivor of multiple disasters on this list is Violet Jessop, a stewardess on the RMS Olympic. Violet was the eldest of Irish immigrants living in Argentina. When her father died, they moved to England, and her mother became a stewardess on a Royal Mail Line while Violet attended a convent school. When her mother’s health deteriorated, Violet also found work as a stewardess on the White Star Line before joining the HMS Olympic. In 1911, the Olympic collided with the HMS Hawke—the first of three shipwrecks Violet would survive in her more than 200 voyages.

She didn’t really want to make the popular move to the HMS Titanic but was eventually persuaded by friends. It was on this, the Titanic’s maiden voyage, that Violet survived her second shipwreck by being taken to safety on one of the lifeboats. Afterward, she was transferred back to the Olympic. In 1916, during WWI and now being trained as a nurse, she joined the war effort by working on the HMS Britannic, which hit a deep-sea mine and sunk in the Aegean Sea in 1916. She had to jump out of her lifeboat this time to escape the ship’s propellers, which caused a fractured skull. Miss Unsinkable, as she was nicknamed, went on to join the White Star Line again. She died at the age of 83.[9]

Disasters shouldn’t be compared because they are all devastating and life-threatening. Still, although tsunamis, earthquakes, and even epidemics top the scary and deadly list, it is nuclear explosions we probably fear most. So, if a person miraculously survives one, it is almost unbelievable. But as many as 150 people survived both the Hiroshima and Nagasaki atomic bombs in August 1945. One of them was Tsutomu Yamaguchi.

Yamaguchi, an employee at Mitsubishi Heavy Industries, worked in Hiroshima for three months when on August 7, he observed the atomic explosion. He was burned badly but found his way through a river filled with dead bodies and got on a train back to his hometown, Nagasaki. He returned to his wife and five-month-old son, where he got treated for his wounds. He reported for duty on August 9, but his superiors didn’t believe his accounts of what happened. While still in the meeting, Nagasaki was hit too. Yamaguchi died at 93 from stomach cancer. His wife also died of cancer, as did his son—at the age of 58.[10]