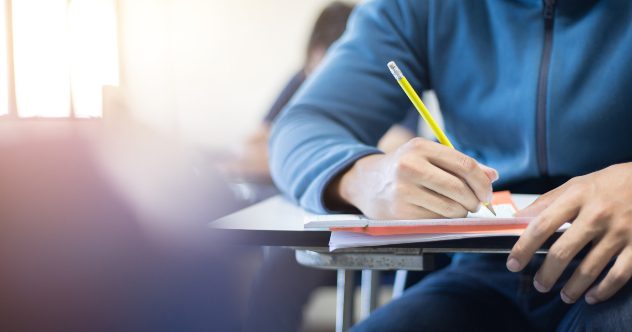 From attaining long-term financial gains to job stability and career satisfaction, colleges are generally safe places where students pass through searching for fulfillment in life. While it’s true that most colleges have been able to achieve just that—producing top talent and exceptional graduates who have gone on to impact their community positively—they have also been subject to some shocking scandals. Let’s jump right into the top 10 college shocking scandals that shook the world.

Any form of discrimination in any social institution is likely to cause a stir. It becomes a scandal when the discrimination is racist, homophobic, sexist, and anti-Semitic. That was precisely the case in 2018 when a racist video featuring frat members was posted online. The footage sparked protests at Syracuse University located in New York, prompting the suspension of about 15 frat members.

In the video, a man can be seen kneeling. At the same time, another held a bottle around his groin area, probably a symbol of his genitals. As the video continues, the man standing up asks the kneeling one to narrate the oath, which is discriminatory even in itself. With plenty of onlookers, the footage obtained by the university’s newspaper, The Daily Orange, was posted online, much to the anguish of many people worldwide.

Even though the school suspended about 15 frat members and admitted there was more to be done to deal with discrimination in the institution, the scandal left a bad taste in the mouths of many. If anything, that was the 6th race-related suspension at the university in three years.

In what was dubbed “one of the biggest university cheating scandals,” about 200 educators in Atlanta were accused of systematic cheating. The syndicate included changing answers on the state’s standardized tests to alter students’ scores. Atlanta stands out as one of the leading districts in preventing student cheating, so it was a surprise to many when this scandal came out.

The educators were charged with conspiracy to fake test scores by erasing the students’ wrong answers and replacing them with the right ones. The author of The Testing Charade, Daniel Koretz, explained that the teachers’ target was very high, especially because Atlanta was known as an “underachieving district.” The teachers knew they wouldn’t meet the high targets by legitimate means with such high pressure, leading to massive, scandalous cheating.

In 2006, an incident involving Duke Lacrosse players tainted the school’s image worldwide. It became “one of the biggest college scandals of the 2000s.” On the night of March 13, 2006, the Duke Lacrosse team held a party at an off-campus house where they hired two strippers for entertainment.

The following day, Crystal Mangum, one of the dancers, filed a report with the police in Durham, North Carolina, claiming that three Duke Lacrosse players had forced her into the bathroom and raped her. The allegedly raped girl was of color, and the three accused boys were white, so the case quickly became a hate crime, ramping up the scandal.

DNA samples from all the team members were collected, and after some months, the results came out negative—the suspects were acquitted of all charges. Even so, the school’s and the boys’ names had already been dragged in mud for far too long.

Cheating in colleges is something that many people, especially those who have gone through the system, know exists. However, many people do not know how far some students are willing to go to obtain those good grades. An investigation by CBS News unearthed a college cheating scandal known as “contract cheating.” Here, college students hired other people abroad to help them with their academic papers.

Even though it is illegal in about 17 states, cheating in exams and academics is not a capital offense, and the rule is rarely enforced. This is a topic that neither the cheating students nor their aiders are willing to discuss. It is one of the significant factors contributing to half-baked college graduates for whom people entrust to lead the world forward in their respective fields.

It is not often that you hear of a lawsuit involving remote learning. However, following the sudden pandemic in 2020, many schools, including colleges and universities, were closed indefinitely. Students were forced to go home and stay there. After some time, these institutions started offering remote learning services to save time and make room for other incoming students.

Since over 4,200 colleges and universities were shut down, affecting over 26 million students, remote learning was bound to cause friction. Hundreds of students and parents filed lawsuits against colleges for charging full tuition fees even though they were not getting the on-campus experience and tutelage they expected. These lawsuits affected even the top colleges like the University of Miami, Cornell University, Pennsylvania State University, and New York University.

In 2021, about 3,000 student-workers at Columbia University took to the street to protest what they termed “unfair labor practices.” The strike was considered one of the biggest ever witnessed by college students. While it’s true that campus strikes are not rare, this particular one was scandalous given the circumstances. One of the students’ representatives indicated that Columbia was among the wealthiest universities in the country and charged the highest tuition but did not pay the students accordingly.

Even though the institution published a proposal in response to the strike, suggesting pay increases, creating health care funds for student workers, and increasing the stipends, the students still felt that the offer was insufficient. The students lamented the rising costs of living in New York, low income, and underrepresentation of the minority groups.

In the early 2000s, Baylor University’s basketball program was investigated and punished for several infractions by the National Collegiate Athletic Association, NCAA. In cases that included improper payments to players, the murder of Patrick Dennehy took center stage.

On June 12, 2003, Carlton Dotson fatally shot his teammate Patrick while they were shooting at a gravel pit. After missing for a week, Patrick’s family filed a missing person’s case with the authorities before the perpetrator eventually turned himself in.

In his defense, Dotson told the FBI agents that he was trying to defend himself when his teammate died. These murder trials and other investigations by the NCAA tainted Baylor University’s name in what became one of the biggest college scandals.

In 2007, Duke University’s Fuqua School of Business students were suspended over exam cheating. After giving the learners a take-home exam, the professor found consistencies in exam answers prompting them to conduct further investigations.

After looking at the submitted exams and other assignments, cheating was revealed to have involved 34 students to a varying degree. Eventually, nine students were expelled from the competitive 2-year-program, while 15 were suspended for a year.

The professor and students were never identified due to educational privacy laws.

Harvard University is a world-renowned academic institution, so anything that happens around it is bound to catch the attention of many people. Notably, John Comaroff, a professor of African and African-American studies, was accused of sexual assault, a situation that quickly escalated into a scandal.

It is said that the professor kissed and touched students without their consent. In other cases, he made unwarranted sexual advances. He even threatened to frustrate the students’ quest to advance their careers if they dared to complain.

Even though Comaroff was placed on unpaid administrative leave pending investigations, the institution was already marred with complaints of sexual harassment.

Investigation results showed that the professor was innocent. However, three Harvard graduate students, Lilia Kilburn, Margaret Czeriwienski, and Amulya Mandava, recently sued the institution for failing to act seriously on the allegations made against the professor. This has further tainted the reputation of the school.

How much are you willing to go for you or your child to join one of the ivy-league colleges? According to a recent investigation known as “Varsity Blues,” some parents were willing to pay more than one million dollars for their children to get a place in the top institutions. The scandal included low-key profiles and celebrities and saw federal prosecutors bring more than 50 people in to book on a slew of charges.

Parents who could not pay the high prices opted for other underhand methods such as claiming that their children had learning disabilities, having a stand-in taking tests, or proctors providing them with answers. The scandal was so big that athletic careers were fabricated, and coaches were bribed. Apart from celebrities, top CEOs such as Jane Buckingham, Manuel Henriquez, Devin Sloane, Robert Zangrillo, John Wilson, and Robert Flaxman were also implicated.