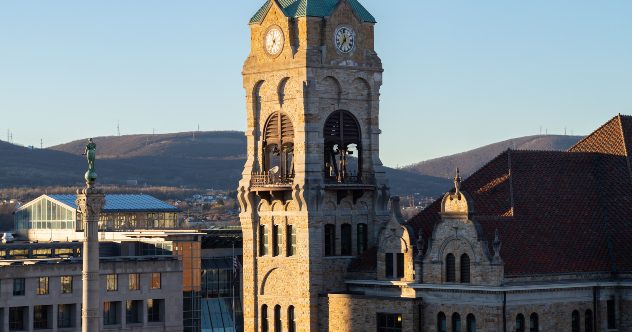 Jim from The Office is known for many things. He is the workplace heartthrob, the office normie, and everyone’s favorite prankster. But what people rarely discuss when talking about Jim’s character is that he’s actually kind of a jerk. Here are ten times Jim was anything but the nice guy.

Related: 10 Important Characters in Television We Never Got To Fully See

When employees at the Scranton branch of Dunder Mifflin find out that they might be facing downsizing, Dwight asks Jim to form an alliance to protect their jobs. While Dwight is genuinely concerned about losing his job, Jim accepts the offer to form an alliance without taking Dwight’s anxiety seriously. Jim even reveals to the camera that he will mess with Dwight and that his intentions when accepting Dwight’s offer are purely for his entertainment.

In this situation, Jim is kidding around even though Dwight is serious. Jim immediately breaks his promise of secrecy regarding their alliance to get others from the office to help him mess with Dwight. By the end of the episode, Jim literally tapes Dwight into a cardboard box while the rest of the office has a party. Not exactly the type of coworker I’d want to have.

The writers of this episode offered a red herring for Jim’s jerkiness in that they had him plan a staff party without inviting Michael. The episode’s drama has to do with their boss’s reaction to not being invited and the hijinks that ensue as they try to get around Michael coming to the party.

The real problem is that instead of telling everyone that Micheal isn’t invited because Jim doesn’t want to party with his boss, Jim lies to achieve his goal. He tells Dwight that the party is actually a surprise party for Michael and tricks Dwight into lying. This might seem harmless to some, but Jim is using Dwight as a means to an end. Dwight isn’t given the correct information about the circumstances of Michael being kept in the dark about the party. He is tricked into lying to his workplace superior because Jim is afraid to be honest.

Some may argue that the conclusion of the episode, where Jim joins Michael during karaoke, is his way of apologizing and making up for the situation. This is possible, but it’s just as possible that Jim sang the duet to prevent the situation from getting more awkward.

In this episode, Jim helps Dwight write a speech that he will perform in front of a large crowd full of corporate executives and employees from other branches. Dwight’s speech is successful, but the content offered by Jim is based on past speeches performed by famous dictators.

There are a few points to consider when looking at Jim’s behavior in this episode. First, just because Dwight’s speech received praise from the audience does not mean that what Jim did was right. He lied to Dwight about being an experienced public speaker in college, leading Dwight to believe that Jim knew what he was talking about. Dwight was noticeably anxious about the speech, and Jim took advantage of those nerves.

And Jim provided Dwight with source material for his speech that could have completely ruined Dwight’s career while potentially offending or triggering trauma responses in the audience members. Dwight is partially at fault here since he should have known what he was saying before performing the speech.

Jim’s jealousy and frustration with his current life situation greatly contributed to his desire to mess with Dwight. Not only was Jim eligible for the award Dwight won in his stead, but Pam had set a date for her wedding with Roy. Throughout the episode, Jim shows that he is upset and frustrated with how things are going, so he decides to distract himself by messing with Dwight in a large-scale way.

So, Jim has just returned to the Scranton branch after a merger with Stamford, and with him came Karen and Andy (amongst some other short-lived side characters). Karen is Jim’s current significant other, while Andy is someone Jim met while working at the Stamford branch. In this episode, Andy asks Jim to help him get Pam to like him. Jim uses Andy’s request as an opportunity to mess with the Scranton employees.

Here, we see Jim do a few things that are very jerk-like. First of all, Andy’s personality at this point in the show is very flawed. He is quite misogynistic, yet Jim agrees to help him get closer to Pam despite the way Andy talks about women. Jim feeds Andy false information regarding Pam’s interests and then laughs with Pam about Andy’s embarrassing come-ons.

Moreover, at the end of the episode, Jim lies to Karen about the situation to avoid a potentially awkward (or telling) interaction with Pam and Karen simultaneously.

My question for Jim throughout this episode is: who does this prank serve?

Jim’s pranks are a pretty famous part of the show, especially those played on Dwight. In this prank, Jim comes to work dressed up as Dwight, imitating how he talks, his hairstyle, and his personality. Even though this prank might seem funny, when you think about what’s actually happening to Dwight, it’s difficult not to see that Jim crosses the line.

Essentially, the punchline to this Joke is Dwight’s appearance, personality, and interests. By imitating Dwight, Jim makes fun of all of these things, to Dwight’s face, in front of the entire office. Jim continues the prank even after Dwight gets upset, never stopping to consider that what he’s doing is just bullying his desk mate.

Many people are critical of Jim in this episode because he didn’t go to Kelly’s party, so her revenge-seeking leads to poor customer survey reviews. While that might have been selfish of Jim, the true jerk move occurred during the aftermath of Jim and Dwight receiving their reviews from Michael.

Dwight and Jim are forced to role-play a customer call with Michael observing them. In this role play, Jim plays a very rude customer to whom Dwight must make a sale. Dwight, who is rightfully upset following the bad review, takes the role-play seriously. On the other hand, Jim makes light of the situation by intentionally getting a rise out of Dwight during the role play. I mean, cut your coworker some slack!

After Andy’s engagement is called off, he tries to convince Jim that he can’t trust Pam. Jim, who is completely aware that Andy is projecting his own problems onto Jim and Pam’s relationship, decides to play along with Andy’s theory to make an example out of Andy.

Andy wants to prove to Jim that the emotional support of a significant other, specifically Pam, is unnecessary. He tells Jim to use him as his “traveling pants,” a metaphor for emotional support. Jim spends the episode exaggerating his emotional needs, going as far as pretending to cry and have a meltdown in front of their coworkers.

As usual, most of the office is in on the joke, making Andy look foolish. Just because Jim had a reason to be frustrated with Andy doesn’t make publicly humiliating him okay.

When Jim receives a promotion that Dwight wanted and is put in charge of the Scranton branch’s day-to-day operations, Jim does not don his new position with humility. With a change in rank at a workplace, it makes sense for the new superior to change their behavior, at least somewhat. But Jim continues teasing Dwight, and he again crosses the line.

Dwight asks Jim to sign a form for him without saying “please,” and Jim says he won’t sign it until Dwight says “please.” This argument eventually leads to Dwight having to make a complaint about Jim, to Jim. During this complaint, Jim teases Dwight, asking him if he’s crying while pretending to take notes that accuse Dwight of doing things he hasn’t done.

This behavior is extremely unprofessional and shows Jim abusing his authority at Dwight’s expense.

This episode is famous for one of Jim’s most notorious pranks, where he goes to a lot of trouble just to, once again, publicly humiliate Dwight.

This prank has Dwight follow a book published by Jim describing how to throw the perfect garden party. While it might seem like a perfectly executed prank, Jim is actually tricking Dwight into embarrassing himself under the pretense that he is throwing a great party. As per the book’s instruction, Dwight does a series of performances that makes the guests at the party uncomfortable.

If the party were just for fun, it would be a little less bad on Jim’s part (though it’s still public humiliation), but Dwight was using this party to start a business hosting events at Shrute Farms. By tricking Dwight into following his instructions, Jim is sabotaging Dwight’s business and embarrassing Dwight in front of coworkers and strangers alike.

When Jim and Pam go to Roy’s wedding, he reveals to the camera that he has started a business with his college friends without Pam’s knowledge. He and Pam had already discussed the potential business plans and decided not to move forward with the endeavor. This is a big lie considering the two are married and have a house and kids at this point in the show.

Jim even goes so far as to lie to Pam’s face when they try to figure out things they don’t know about each other. By the end of the episode, it’s clear that Jim is intentionally keeping Pam in the dark.

I hate to be the bearer of bad news, but being a “Pam looking for their Jim” isn’t the happily ever after we should all be aspiring to.