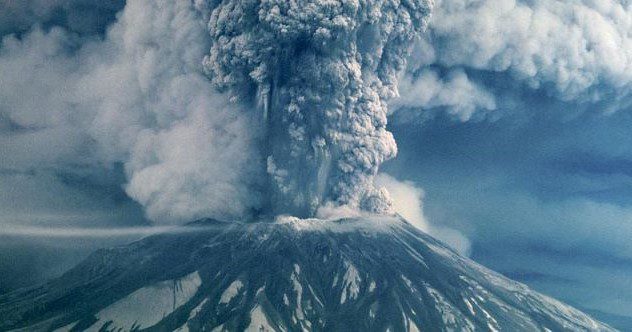 Sometimes seemly innocent and innocuous images have pretty dark and sinister backgrounds. A happy-faced photo of an ordinary family can be hiding what could become some of the darkest moments in history. Below we have found ten seemingly normal images, which, when you dig a little deeper into the backstory, unravel dark and tragic stories.

Related: 10 Haunting Images Of The Chernobyl Disaster And Their Backstories 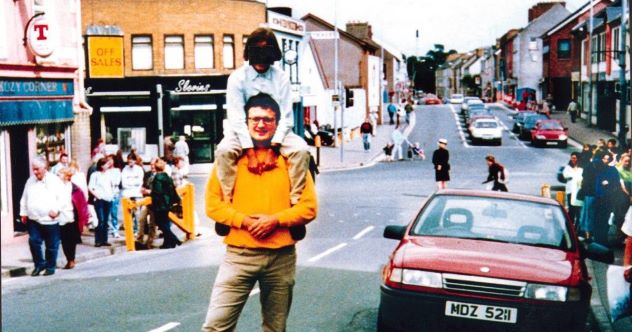 A man smiles for a photo wearing a bright yellow jumper with his equally smiley son hoisted on his shoulders. They are a couple of excited Spanish tourists visiting the town of Omagh in Northern Ireland.

They stand in front of an innocuous red car on a busy street. The year is 1998, and that red car was packed with around 500 pounds )226 kilograms) of fertilizer-based explosives that would detonate moments after that photo was snapped. It was a terrorist attack orchestrated by the Real Irish Republican Army (Real IRA), a splinter group from the IRA that did not agree with the ceasefire that the IRA had agreed upon earlier that year.

The explosion would kill 29 people, injure 220, and spark national and international outrage. The two in the photo would miraculously survive, though the photographer would unfortunately die.[1] 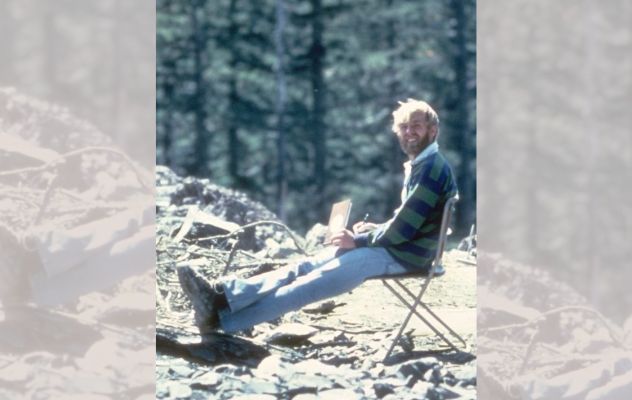 Legs stretched out in front of him, a notebook and pen on his lap, David A. Johnston directs a sunny smile to the cameraman, Harry Glicken, who was a student of David’s. His demeanor is relaxed and excited. As he should be. He is a volcanologist studying the rumbling Mount St. Helens.

Thirteen and a half hours later, Johnston would be killed by the eruption of Mount St Helens. His last words shared over the radio to the closest U.S. Geological Survey office were, “Vancouver, Vancouver, this is it!”

His remains were never found. Glicken was meant to be on duty observing the volcano that day. But he swapped shifts with Johnston at the last minute as Glicken had an interview to attend. Upon hearing the news of the eruption and Johnston’s death, Glicken was devasted and joined helicopter crews to try and find survivors for hours before they refused to allow him to continue. In a strange twist of fate, Glicken would die from a separate volcanic eruption in Japan years later.[2]

8 Black Bear in the Woods 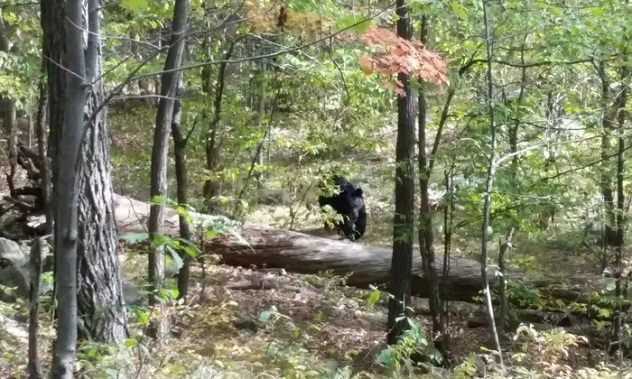 The photo shows a 300-pound black bear in the forest. The bear is around 100 feet (30 meters) away, behind a fallen log, and seems to be following the photographer.

The photo was snapped on a phone by Darsh Patel, a 22-year-old Rutgers University student who had decided to go hiking in West Milford’s Apshawa Preserve with four of his fellow university friends. Unfortunately, the bear ended up chasing the students, so they decided to split up. When they regrouped, one student from the group was missing: Darsh Patel.

Patel’s body was recovered four hours after police arrived at the scene. He had been mauled by the bear he had photographed only moments beforehand. His phone would also be recovered with puncture marks and this foreboding photo.[3] 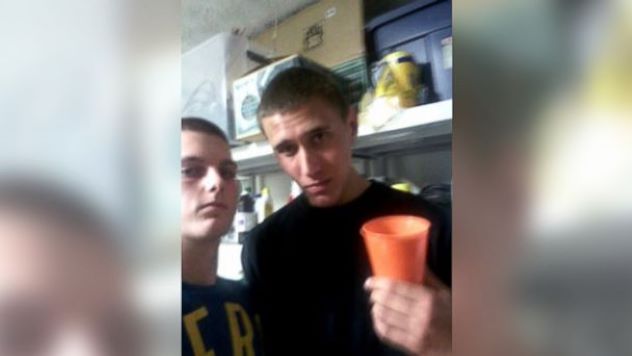 The photo is blurred. As if the photographer moved the camera as he took it. The photo shows two men, one with a shaven head, holding an orange cup to the camera. The photo could be from any house party. But, the man with the aloft orange cup is Tyler Hadley, and earlier that day, he killed his parents, Blake and Mary-Jo Hadley, with a clawed hammer while high on ecstasy.

Their dead bodies, wrapped in towels and covered in family possessions that reminded Tyler of his parents, lay upstairs in the house as the party raged on.

Tyler had a history of verbally promising to kill his parents since he was ten years of age, seething whenever they would punish him or show parental authority. Finally, on the day of their murders, he promised the party of the century. Writing on his Facebook page at noon, “party at my crib tonight… maybe.” His classmates did not believe him, as his parents were known to be strict. But at 8 pm, he again posted a message: “party at my house hmu.”

At the party, he started telling people of his murderous deed. People who heard left or thought he was lying. His best friend, Michael Mandell, was shown the bodies upstairs. Afterward, they posed for this infamous photo. Michael eventually ran away from the party, and through word of mouth, Tyler’s crime was reported to the police. Tyler was arrested the morning after the party and sentenced to life imprisonment. The Hadley house was later demolished.[4] 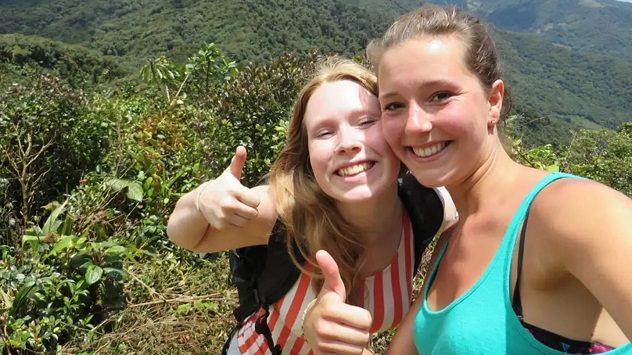 Two young women pose for a selfie in front of the wild nature of Panama. The two girls are Kris Kremers and Lisanne Froon, Dutch travelers who were hiking the El Pianista trail. They set off for their hike on April 1 at 11 am. Unfortunately, on the 2nd, they did not turn up for an appointment, and the parents of the girls stopped receiving the daily texts they had been getting in the past.

On April 6, the parents arrived in Panana along with a full police search. The forest would be combed for ten days. Nothing was found.

Ten weeks later, a woman handed in a blue backpack. The backpack belonged to Froon, and inside were personal belongings, including a camera and their phones. The phones had evidence of emergency numbers having been dialed only hours after the girls started their hike, but due to lack of reception, the calls did not connect. Froons’s phone died on April 4, and Kremers phone would be turned on intermintently between the 5th and the 11th, but the incorrect pin was entered, or no pin was entered each time.

On the camera, ninety flash photos were taken between one and four am in complete darkness deep within the jungle. One disturbing image shows the back of Kremers’s head with blood on her hair.

Two months after the backpack was discovered, a pelvis and a foot inside a boot were discovered, along with other remains. These were later DNA tested and confirmed to belong to Kris Kremers and Lisanne Froon. What happened to them remains a mystery today.[1] 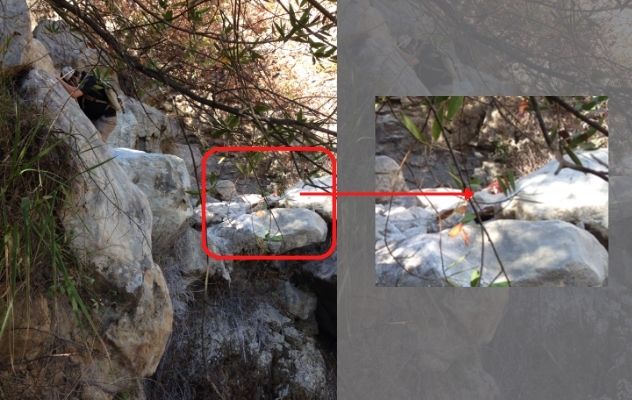 The photo shows a man bouldering in Montecito’s Cold Spring Trail in California. Behind him is a flash of red color on the rocks. This red is the hair of Saylor Guilliams. Guilliams had gone on a later afternoon hike with her friend, Brenden Michael Vega. They were ill-equipped, and as it got darker, their cell phones were not enough to illuminate the path, and they ended up slipping.

Vega injured his arm, but Guilliams broke both ankles and her wrist. Vega went to get help but ended up falling 20 to 30 feet (6 to 9 meters) off a ledge and succumbing to his injuries. This left Guilliams alone. She would lay there for the entire night until the men bouldering would later discover Guilliams laying on the rocks, unresponsive. They called emergency services, and she was airlifted out. She would survive the ordeal.[6] 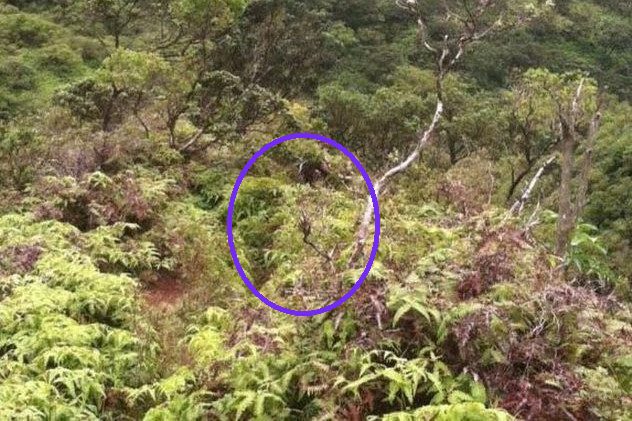 Daylenn Pua went and visited his grandmother in Waianae, Oahu, Hawaii. He had told her he was interested in hiking the Haiku Stairs, otherwise known as the “Stairway to Heaven.” This hike was closed to the public, and anyone caught hiking it was trespassing. His grandmother warned him against it, saying he would be locked up if he did. On February 27, 2015, he caught a bus and ventured forth to the stairway to heaven hike. Daylenn sent texts to his grandmother with photos of the hike. He was never seen again.

After his disappearance, the photos were studied; one showed a man in the far background. He seems to be following behind Daylenn. The family asked for public assistance and for anyone who recognized the man to come forth. To this day, he or his remains have never been found, and what happened to him and the identity of that strange man in the photo remains a mystery.[7] 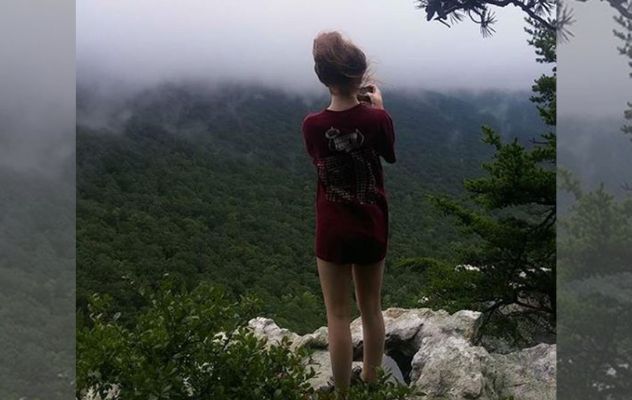 Dressed in an oversized red shirt, 18-year-old Jolee Callan stands on top of a sheer cliff face and takes a photo of the beautiful view below of Pinhoti Trail in Cheaha State Park in Delta, Alabama

She had just hiked to this scenic location with her ex-boyfriend, Loren Bunner (20). Moments after this photo was taken, Loren would shoot her in the head twice with a .22-caliber Ruger Bearcat revolver and throw her body off the cliffside.

He would later call the police and say that he killed his ex-girlfriend, turning himself in. The pair had dated for ten months before Jolee broke up with Loren as he was controlling and did not allow her to meet with her friends. Despite the breakup, they kept in regular contact. They even had a dog together.

Two months after the breakup, Loren invited Jolee on the hike where he would end up murdering her. Loren Bunner was sentenced to 52 years in prison.[8] 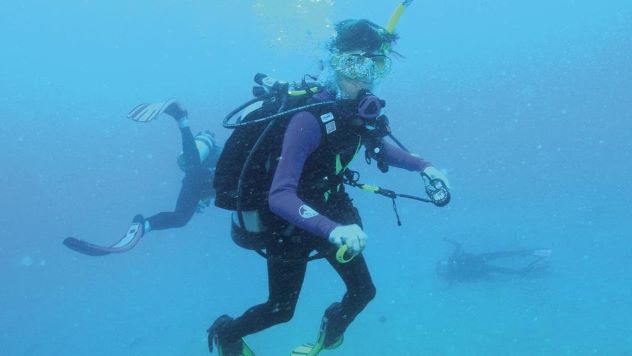 Two divers pose for a photo while scuba diving off the beautiful Queensland Coast. Behind them, a stiff prone figure lays on the ocean floor. This would later be discovered to be Tina Watson, murdered by her husband

Tina Watson was visiting Queensland with her husband, Gabe, for their honeymoon. On the day of her death, they decided to dive into the popular and challenging wreck of the SS Yongala. The two were underqualified for such a dive, and the dive company suggested a guided dive for the expedition, which they refused.

During the dive, Tina ran into trouble and sunk nearly 100 feet (30 meters) to the ocean floor. Gabe claimed to have tried to save his wife, but due to an ear problem, he said he could not dive deep enough to help her. When she was brought aboard, she was pronounced dead after 40 minutes of CPR. Due to contradictory statements issued by Gabe and the fact that before their marriage, Gabe asked Tina to increase her life insurance and make him the sole beneficiary, foul play was suspected. He was charged with manslaughter charges in Queensland but later had his charges dismissed when he was charged in his home country of the United States related to the planning of the murder.[9] 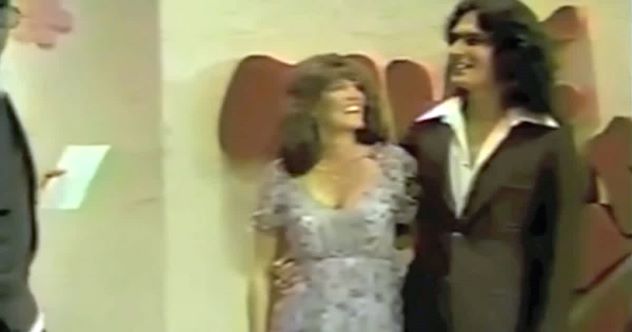 The photo shows two people. A man and a woman standing side by side. The photo is a still from a popular TV show called The Dating Game, which aired in the 1970s.

The woman’s name was Cheryl Bradshaw. The man beside her, Rodney James Alcala. At the time of his appearance, Rodney was in the middle of a murder spree. He committed five murders between 1977 and 1979. He would torment his victims by strangling them to unconsciousness, allowing them to regain consciousness, and then repeating the process again and again before killing them. He was described as a killing machine. His exact murder count is unknown, but he was caught and convicted for seven murders.

He appeared on The Dating Game as a “successful photographer who got his start when his father found him in the darkroom at the age of 13, fully developed. Between takes, you might find him skydiving or motorcycling.” He won the date with the bachelorette Cheryl Bradshaw. She, however, refused to go on a date with him, calling him creepy. He would later go on to murder three additional women after this appearance, and some speculate that the rejection was a driving factor.[10]