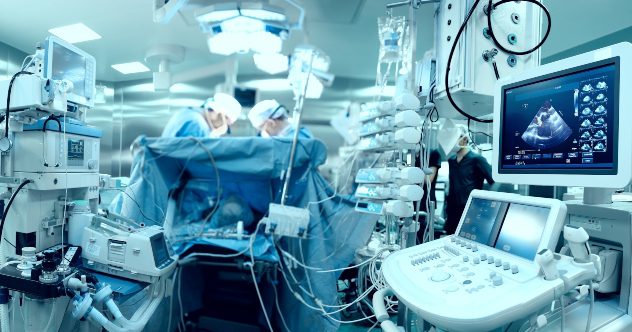 Our understanding of medicine, disabilities, and science, in general, has allowed this drastic improvement. Let’s explore ten medical advancements that increased life expectancy. Some of the advancements below are from the nineteenth century, and some are far more recent, as scientific advances continue to bring about medical technological innovation.

10 The Discovery of Germ Theory

From early on in our lives, we are taught about germs. Schoolchildren are regularly reminded to wash their hands. However, this was far from the case in the middle of the 19th century. Instead, the commonly believed theory was that disease was created through spontaneous generation.

Spontaneous generation is just what it sounds like, disease appearing from literally nowhere. Luckily, in 1861, French microbiologist Louis Pasteur (the creator of the process of pasteurization) proved to the scientific community and the world at large that disease was not caused by “spontaneous generation.” Instead, it was caused by microscopic organisms, also known as “germs” or pathogens.

The medical and scientific community eventually embraced this theory, leading to thousands of deaths being prevented from infectious diseases, such as typhoid fever, the flu, dysentery, and more. The positive effects have been endless. Understanding how disease forms and spreads has been an absolute cornerstone to medical and scientific advancements and has positively impacted human life expectancy.

The Germ Theory is possibly the most important advancement in human medical history.

Surgeries are commonplace in today’s society; it is not rare for a person to have three or more surgeries throughout their lifetime. This would have been completely unheard of just 150 years ago. There have been many advancements in surgical science in recent years, but none has been as important as the usage of anesthesia.

Before anesthesia was commonly used, it was not unusual for patients to choose death instead of emergency surgery. After all, surgery was used only as a last option when doctors were desperate. Without anesthetics, the idea of surgery must have been completely terrifying, especially since the patients were not given much more than the option of opium, alcohol, or a leather strap to bite on. And, of course, the surgeries were often unsuccessful anyway.

The first recorded use of an anesthetic during surgery was in 1846 by William G. Morton, using sulfuric ether on a patient with a tumor in his neck. Early on, however, anesthetic usage was somewhat unpredictable and dangerous. But as it became more common, the practice became refined. Now, the risk of an accident involving anesthesia is extremely low. This allows more patients access to life-saving surgeries and has greatly increased human life expectancy over time.

The next item on our list is not from so far in the past. Rather, it sounds like something from the future. Artificial Intelligence (AI) is a technology with incredible potential in all areas of science, including the medical field. AI technology is sometimes called “machine learning,” where software can catalog information more efficiently than a person.

The possibilities for AI in medicine are vast. Currently, AI systems are used in various ways, such as patient diagnosis, doctor-to-patient communication, maintaining medical records, cataloging prescriptions, remote treatment of patients, and more. While the current usage of AI has helped save many lives and optimized medical processes, the potential for the future is even greater.

AI can screen diseases, personalize patient treatment, and even edit genes. It is exciting to imagine the advancements that medicine and science can achieve with the increased usage of Artificial Intelligence technology.

As mentioned earlier in our list, surgery was far less common before the advancement of anesthetics. Another major advancement in surgery came more than 100 years later in the form of laparoscopic surgery. This type of surgery involves a smaller incision than traditional surgery. Then, the surgery can be performed with less risk using small tubing and even smaller cameras.

Laparoscopic surgery was first developed in the 1980s and is sometimes called minimally invasive surgery for obvious reasons. The many benefits include:

Despite being a relatively new technology, laparoscopic surgery is almost as common as other kinds of surgery in modern hospitals because it is so beneficial. Access to less invasive and less dangerous surgeries has already saved thousands of lives through preventative measures and will continue to increase our life expectancy.

Failing organs have been a common cause of death throughout human history. For this reason, scientists have attempted organ transplants for decades. The first successful organ transplant (a kidney) was in 1954 by Doctors David Hume and Joseph Murray. This was a major advancement for medicine, and it has only improved.

Less than ten years later, in 1963, the first lung transplant was successful. Shortly after, in 1966, a pancreas was transplanted. The next year, liver and heart transplants were successfully achieved. These procedures have become much more commonplace and are performed hundreds (or thousands) of times each year. Organ transplants have had a profound impact on patients with failing organs and have allowed many people to be saved.

As technology advances, organ transplants have taken place from animals to humans, including a kidney from a pig to a human. This is called Xenotransplantation. In the near future, organ replacements may be able to be created by a 3D printer or even grown in a lab or medical facility! Organ transplantation technology has been one of the most important medical advancements in increasing human life expectancy.

In 2010, the Royal College of Physicians of Edinburgh was asked to vote on the most important medical developments of the last 50 years (see the complete list here). The most important advancement in their eyes? The discovery of antibiotics.

In 1928, one of the happiest accidents in human history occurred. Scottish scientist Alexander Fleming accidentally discovered a mold in a petri dish. This discovery turned out to be penicillin, the world’s first antibiotic. While penicillin did not go into common use immediately, antibiotics continued to develop throughout the 1940s.

The mass production of penicillin began during World War II, notably by scientists Howard Florey and Ernst Chain. Thanks to the development and contributions of many other medical scientists and doctors, antibiotics have saved many lives and extended even more.

How can you disagree with the Royal College of Physicians of Edinburgh? Clearly, antibiotics have been a crucial medical advancement.

Next on our list is an important, though hardly well-known, treatment. ACE (Angiotensin Converting Enzyme) inhibitors are used for various purposes. Commonly, they are used for patients with high blood pressure, heart conditions, or kidney disease.

In basic terms, ACEs dilate or widen the patient’s blood vessels. This allows the amount of blood flow from your heart to increase. ACE inhibitors can help lower blood pressure and are often prescribed for this reason. However, they are also prescribed for heart failure, diabetes, heart attacks, and those at risk for heart attacks and strokes.

ACE inhibitors are prescribed to millions of patients across the United States annually. This medical advancement is not only a preventative measure to protect patients from organ failure; it has greatly improved the quality (and likely duration) of life for many patients since the introduction of the medication back in 1975.

While dialysis is certainly not a perfect or comfortable solution, it has saved many lives. In many cases, dialysis is used as a sort of stall tactic. It allows patients to continue functioning without a functioning kidney. This time is used to help the patient find a suitable donor organ. Incredibly, this medical advancement was created in the Netherlands during the Nazi occupation of World War II.

Dr. Willem Johan Koff created the first dialysis machine (dialyzer). To help his patients, he created the machine using spare parts, including soda cans and pieces from a washing machine. His creativity and the continued ingenuity of the medical community overall have saved many lives and extended the life expectancy for patients suffering from kidney disease.

CT scans, MRI, x-ray, and ultrasound technology are all benefits of the next advancement on our list. It sounds simple, but for centuries, doctors could not see many parts of the body (while patients were alive). This all changed with the invention of the x-ray in the late 19th century by German physicist Wilhelm Conrad Rontgen.

Shortly after, a hospital in Glasgow opened the first radiology department in medical history. The next developments in medical imaging did not come until the 1950s and ’60s, with the increase in ultrasound and CT usage for medical diagnoses.

In 1973, Paul Lauterbur created the MRI (magnetic resonance image). The MRI is often one of the first tools medical professionals use to get an accurate diagnosis. The benefits of medical imaging are countless and still growing today as technology continues to march forward. The advancement of medical imaging is hugely important for individual patients and scientists to understand the body as a whole.

The vaccine is possibly the greatest single tool that humanity has against disease prevention. Vaccines were first invented in the late 18th century. As with many great technological advances, it was discovered due to necessity.

The smallpox virus raged worldwide, causing countless deaths and infections. Edward Jenner was the first to use vaccinations to combat this epidemic. Eventually, through the use of vaccines, smallpox was eradicated. Other important vaccinations in the 1800s and 1900s include rabies, tuberculosis, cholera, polio, and more.

Due to necessity, new technology has been used to develop vaccines. Through mRNA technology, new vaccines are now being developed expeditiously. Vaccines are a key part of our society and have undoubtedly saved millions of lives through disease prevention.