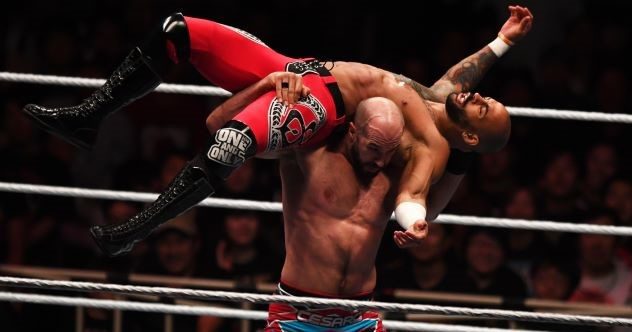 Pro wrestling has long had the reputation of being low-brow entertainment, something enjoyed by the uneducated and unwashed masses. Of course, to anyone who’s a fan of it, though, this couldn’t further from the truth. Yes, with its combination of athletic showmanship and soap opera storytelling, it can often be just as engrossing as anything else found on TV.

On top of that, at times, it’s also been known to get downright experimental, pushing the boundaries of what it can do and creating some truly avant-garde moments in the process. So, let’s take a look at some of the best examples of this today and see why, under the right circumstances, wrestling actually can approach the level of art.

Related: 10 Shocking Crimes From The World Of Pro Wrestling

Broken Matt Hardy is what happens when a wrestling character takes too many shots to the head and starts to believe they’re a real-life anime supervillain.

That’s right. It was in 2016 when, after suffering a storyline injury, the Hardy brother suddenly developed a ridiculous English accent and an obsession with “deleting” his opponents.

And while it might have been jarring to see at first, it pretty quickly became a hit, with part of the reason for this being the absolutely insane Final Deletion bout he and his brother Jeff had, all of which was filmed in full cinematic style and would lead directly to…[1]

Yes, it may have been Matt Hardy who innovated the idea of taking a more cinematic approach to a wrestling match. Still, during the pandemic, circumstances would force it to become far more commonplace.

And that was because, with no fans being allowed in arenas, wrestling promotions such as WWE and AEW would have to get creative and think of new ways to create an exciting atmosphere.

What was the best of these? Well, they would probably be the Stadium Stampede at the latter company’s May 2020 Double or Nothing show and The Undertaker and AJ Styles’s Boneyard Match at WrestleMania 36 a few months prior. Go back and watch either and see just what a wrestling match would look like if it was done in the style of a Hollywood movie instead of a sports presentation.[2]

One of the great things about modern wrestling is that, with everyone knowing it’s fake, fans can now get in on the whole thing too.

And perhaps nowhere is this more evident than in a match that pitched the Invisible Man and his brother Invisible Stan against each other at the GCW show, Joey Janella’s Spring Break, in 2019.

Here, the fans would cheer along for every unseen move and each hidden blow, playing their part to perfection as the referee, Bryce Remsburg, stood alone in the ring and performed a one-man show worthy of Charlie Chaplin.[3]

7 The Most Illegal Move in the History of Wrestling

Modern-day wrestling no longer has to be all about bulky giants fighting in dingy halls or cartoon supermen overcoming the odds in front of packed stadiums. No, with the rise of the independent scene, it’s given more styles the opportunity to come to the forefront.

And some of the best examples of this would come from the now defunct Chikara Pro, a comedy promotion that gave rise to a lot of memorable moments, such as an invisible hand grenade and a wrestling chipmunk.

For our money, though, the best moment of all would be the time when, in the middle of a match, Ophidian the Cobra used his snake-like charms to hypnotize not only his opponents but also everyone else backstage. And this then would lead to the entire locker room coming out to take part in a short dance routine, all before things then continued right where they’d left off.[4]

6 Kenny Omega vs. a Little Girl

Kenny Omega is widely regarded as one of the greatest wrestlers of all time, but even he isn’t immune to getting silly and experimental when the time calls for it.

And perhaps the most notable example of this would be when, while working for Japanese promotion DDT in 2011, he had a match with a nine-year-old girl.

Yes, you read that right. But what was his reason for this? Well, aside from having a bit of fun, it was also designed to shine a light on the performative aspects of the craft. His intent, in fact, was to show how, if it’s done right, you can get someone invested enough to where they’ll fully believe a child could beat up a grown man.[5]

Another one that came out of the lengthy quarantine—the now-famous staring match—would take place at a Pro Wrestling NOAH show in March 2020.

But this one wouldn’t feature any cinematic antics. No, instead, it would see Go Shiozaki and Kazuyuki Fujita spend the first thirty minutes of their bout trying to psyche each other out by doing nothing but staring bullets directly at one another.

Of course, a full thirty minutes of both men looking at each other intensely may have felt ridiculous at first, but after a while, it became strangely hypnotic and engrossing. And this made the whole thing all the much better when it finally kicked off into the inevitable brawl.[6]

No title in wrestling has as bizarre a lineage as the DDT Ironman Heavymetalweight Title. And that’s because, unlike most belts, this one can be defended anywhere at any time. In fact, across its run, it’s been challenged for at a bus stop, as part of an auction, and even during a dream.

On top of that, it’s not always been held by a human. At various points, the champion has been a miniature Dachshund dog, a ladder, a pork bun, and the live crowd at a 2016 show.

And crazily, at one point, even the title itself became champion when the belt was placed on top of the person holding it, and the referee counted to three. Something which might hurt your brain if you start to think about it too hard.[7]

Lucha Libre is a form of wrestling that originated in South America and features a far more acrobatic style than most places. And on top of this, it’s also seen a lot more telenovela-style storytelling, something that was evident in the short-lived promotion, Lucha Underground.

Yes, between 2014 and 2018, this Robert Rodriguez-produced show would bring Lucha back to American television on the El Rey network.

But what made this one more interesting was that complimenting the great matches the promotion regularly put on, there were completely crazy storylines too. Among these storylines, in fact, were ones involving murder, undercover cops, supernatural monster men, and fire-breathing dragons traveling from different dimensions.[8] 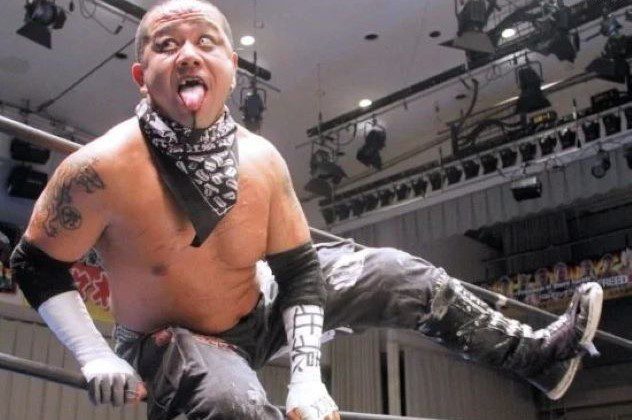 South Park once famously joked that pro wrestling was nothing more than community theatre with more muscular people involved. Well, back in 2009, Big Japan Pro Wrestling would take that idea and run with it when they put on their own version of Romeo and Juliet.

And this would see Shakespeare’s famous story carry itself out in the form of wrestling matches between members of the roster, with Jun Kasai, in particular, playing Romeo and Jaki Numazawa playing Juliet.

If you get the chance to see it, it really is a fascinating show to watch and one that only emphasizes the ability wrestling has to tell compelling stories when it’s at its best.[9]

By the mid-1990s, everybody knew wrestling was fake. Still, that didn’t stop Brian Pillman from trying to blur the lines between reality and fiction so much that even his peers weren’t sure what was going on at certain points.

How did he do this? By acting like a completely uncontrollable wild man, whether on screen or off. At one point, he even pulled out a gun on live TV, while at another time, he’d go off script and walk out in the middle of a match.

But that wasn’t even his finest hour, as it turned out. This would happen when he got his boss, WCW Chief Eric Bischoff, so confused about what was going on that he convinced him to sign off on a legitimate release from his contract in order to sell a storyline they were doing at the time. Of course, secretly playing everyone, though, Pillman would then take that release and defect over to rival promotion WWF for more money. True genius.[10]

Top 10 Things We Know Now That Will Impact MCUs Phase 5
10 People Who Prove You Can Always Be Dumber!
Top 10 Scary Discoveries Made By Forest Rangers – Part 2
Top 10 Scary Things Only Kids Have Seen
Gamers Who Got Caught Cheating